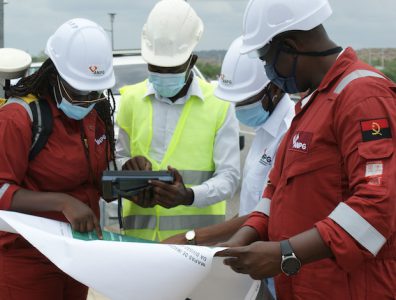 The ANPG aims to attract a new breed of exploration players.

Jobs to be generated in each developed block:600

A transparent and data-rich bid round

Angola’s 2020 onshore licensing round moved forward in 2021 after delays due to the pandemic, with all nine blocks awarded in September to a mix of local and international players. Banking on a wealth of data and exploration history, nine blocks on the onshore Congo and Kwanza basins present an excellent opportunity for a new breed of small and medium-sized E&P companies.

In line with the General Strategy for the Awarding of Petroleum Concessions 2019-2025, Angola’s National Oil, Gas and Biofuels Agency (ANPG) aims to expand research and evaluation activities across the country’s sedimentary basins, increase geological knowledge of its hydrocarbons potential and attract a new breed of exploration players, particularly small and mid-sized E&P companies – all with the ultimate goal of increasing oil and gas output in the mid-term and halting the production decline.
The ANPG is carrying out a series of bidding rounds to 2025, and the government estimates that by that year, the promoted exploration opportunities will represent 50% of the country’s production.

A REVIVED ROUND: On April 30, 2021, the ANPG re-announced the 2020 onshore bidding round, which had been delayed from its original date of May 2020 due to the Covid-19 pandemic. The blocks on offer were CON 1, CON 5 and CON 6 in the Lower Congo Basin, and blocks KON 5, KON 6, KON 8, KON 9, KON 17 and KON 20 in the Kwanza Basin.
The onshore Lower Congo basin is bordered to the north by the Congo River and to the south by the Kwanza Basin. It covers around 7,700 square kilometres and is subdivided into 10 blocks. The onshore Kwanza Basin is bordered to the north by the Ambriz High and to the south by the Benguela Basin. It occupies an area of around 25,000 square kilometres and is subdivided into 23 blocks.
Regarding the terms of reference, the biddable items were the bonus and contributions – signature bonus, contribution to social projects and management fee – and the minimum work programme. The non-biddable items were the cost oil, uplift and profit oil. The Sonangol carry was to be determined. Companies will be able to recover 100% of the operational and exploration costs and 25% of the
development costs. The Petroleum Income Tax for national companies is 35% and for international companies 50%.
The deadline for submission of proposals was set at June 9, 2021, and their opening at June 10, and the evaluation of proposals set to last until July 26. Concession awarding was scheduled to last until August 10, followed by a period of contract negotiation up to October 19, with final signatures targeted for within November.
On July 19, 2021, the ANPG announced that 16 companies – 13 Angolan and three foreign – had submitted investment proposals. On September 24, the agency revealed that operatorships had been awarded to Canada’s MTI Energy (CON5, KON5, KON17 and KON20), along with Somoil (CON1), Grupo Simples (KON6), Angola Integrated Services (KON9) and Mineral One (CON6).

AN ATTRACTIVE OPPORTUNITY: The 2020 bid round presented an attractive opportunity given that it is supported by new oil and gas laws and fiscal incentives, providing the opportunity to secure acreage, appraise discovered fields and potentially fast-track commercially viable hydrocarbons production.
The marginal fields production tax rate dropped from 20% to 10% in 2018. This, together with an easier process to redefine developmental boundaries and a new Natural Gas Framework, has generated a better environment for onshore development. It is expected that the onshore fields will have a gradual impact on national production rising from 4% to 10% (assuming an operational efficiency of 90%).

IT’S ALL ABOUT DATA: Interested companies were required to pay a non-refundable entry fee of USD 1 million that will provide access to packages with technical data for both basins. Angolan companies will be able to pay this fee in kwanzas. The fee has been deemed by some to be expensive – contrasted, for example, with Nigeria, where the cost for a data package is USD 50,000. Nonetheless, according to Hermenegildo Buila, the ANPG’s business director, the fee “makes the process transparent and free of any doubts, because it will give all investors access to the same information.”
The data packages included content listing; block summaries; a well database (57 wells for both basins); field production data; well data such as geological reports, polling, stratigraphy, tests and logs; regional studies (14 for Lower Congo and 25 for Kwanza); and diverse and interactive maps. There are currently 24 wells in the Lower Congo Basin blocks and 36 in the ones offered in the onshore Kwanza Basin.

HISTORY IN THE MAKING: Angola’s initial exploration activities started in the 1900s, with major campaigns from 1915 onwards resulting in eight wells being drilled in the southern part of the Lower Congo Basin, leading to the non-commercial Ngondo discovery. A second exploration drilling phase took place from the 1950s to the 1980s with the application of reflection seismology.
Further 2D-seismic campaigns were carried out between 1960 and 2011, covering 7,685 line kilometres. In total, 49 exploration wells were drilled, from which 20 discoveries were made; currently 17 oilfields and one gasfield have been discovered in the basin. The basin’s pre-salt and post-salt potential has been proven from production in the Pinda formation for over 40 years in fields of the FS/FST concessions.
Early 1900s exploration also saw a major drilling campaign in the Kwanza Basin from 1915 to the mid-1930s, resulting in 26 wells drilled. The second phase of exploration, using reflection seismic, extended from 1952 to 1978, peaking after the post-salt Benfica field was found in 1955. This involved covering 11,500 line kilometres and drilling 133 wells, which resulted in 11 oilfields and two small gas accumulations being discovered. Only nine fields ever reached the production stage, including the Cacuaco and Puaca fields, both in pre-salt reservoirs.
The history of the Kwanza Basin has seen high success rates in post-salt wildcats contrasted with a prospective but considerably underexplored pre-salt succession. Of the total 237 wells drilled, 28 penetrated beneath the salt, and four pre-salt fields were discovered by 1971 – Cacuaco, Uacongo, Puaca and Morro Liso – despite only three wells testing a meaningful section of the pre-salt stratigraphy.
In 2010 and 2011, 2,581 kilometres of high-quality 2D-seismic data and high-resolution aeromagnetic data were acquired. In 2015, Sonangol commissioned a new GIS geodatabase named KMAP-2020, which includes outcrop information, petrographic studies, palaeontological reports, well stratigraphy panels and geosections. This has further de-risked the underlaying petroleum systems.

HIDDEN GEMS: The integration of past exploratory results, available seismic data and the well datasets, together with the KMAP-2020 database, show that the onshore Kwanza Basin is an underdeveloped and underexplored world-class petroleum basin.
The post-salt section has numerous anticlinal closures that are untested and where these have been drilled, the structures exhibit good reservoir qualities and host viable oilfields, such as those in Quenguela and Benfica. The pre-salt shows good-quality carbonate reservoirs formed by coquina, where sampled.
Onshore blocks usually allow multiple wells to be drilled at low cost, but the ability to locate and de-risk prospects is limited by the expense and paucity of exploration datasets, such as seismic data. In this sense, the onshore Kwanza Basin presents a valuable opportunity compared to other salt-induced Mesozoic prospects in West Africa.
This basin offers the opportunity to secure acreage containing a post-salt field or prospect that can potentially be appraised and put into production, providing the cashflow to fund further pre-salt exploration. It holds several underdeveloped fields, a wealth of accessible, low-cost exploration datasets, and local markets for the produced hydrocarbons.

ADAPT AND THRIVE: Among the companies that can take advantage of Angola’s onshore upstream opportunities, local E&P major Somoil is a leading example. Somoil and Argentine E&P player Pluspetrol are the only E&P companies operating in the Angolan onshore in Cabinda. “We will actively participate in the upcoming tenders for the onshore blocks,” Edson Rodrigues dos Santos, CEO of Somoil, told The Energy Year. Grupo Simples, another local firm, also expressed interest in partnering with seasoned E&P companies such as Somoil or Sonangol.
For participating companies, moving from an offshore mindset in Angola towards a massive onshore development brings several challenges. Road infrastructure for moving the initial machinery for developing the block will be one of the major initial hurdles.
“Land is about economies of scale – for companies to establish infrastructure to start the business. There are many questions that come up including: How long will it take? How good are the roads? How can you haul water and supplies? What other support infrastructure is being put in place?” Shankar Narayan Gopolan, Halliburton’s area vice-president for sub-Saharan Africa operations, told The Energy Year. “There has to be a clear return on investment for anyone to invest locally and that includes having a clear business plan.”

LOCAL IMPACT: Onshore developments will also have a spillover effect on local enterprises, particularly in the logistics and services sectors, creating the environment for an increased role of Angolan local content across the hydrocarbons value chain.
The exploitation of both basins will demand investment and development in terminals and logistics bases to support operations and other existing facilities and industrial bases; plus it will require the creation of infrastructure for the treatment of industrial waste. The diversification towards massive hydrocarbons onshore development will create general economic opportunities for Angolan companies in the areas of transport, furniture, trade, industry, energy, petrochemicals and other sectors.
Moreover, onshore development brings infrastructure improvements for the local population, such as in transport and energy infrastructure and water treatment facilities. Equally important will be the creation of job opportunities for the local population. The ANPG estimates that eventually close to 5,000 jobs – around 600 per block – will be generated.