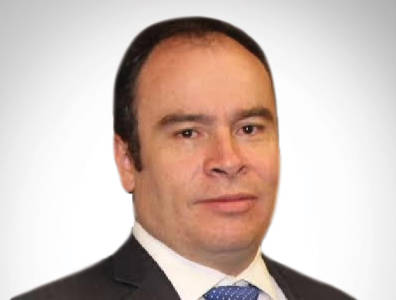 Julio César Vera Díaz, president of the Colombian Association of Petroleum Engineers (Acipet), talks to TOGY about the decline in work for Colombian petroleum engineers, why EOR and unconventionals are a good opportunity for the country and issues that must be addressed in the upstream sector. Acipet has served as a technical reference institution and as a national forum for students and professionals in the domestic hydrocarbons industry since its formation in 1964.

• On overcoming challenges to fracking: “We have to continue working with people in different regions of the country, and specifically, in the regions where we have big unconventional resource potential. We have to explain to people the opportunities and risks of these activities, and how it is possible to carry them out without affecting water and other natural resources.”

• On improving recovery: “Our principal opportunity will be EOR. Colombia has a much lower recovery factor than regional or global averages, with less than 20%. Important producing countries have more than 30%, and the objective of the country is to increase the recovery factor by at least 5 percentage points. Each percentage point that the country improves translates to about 500 million barrels of additional reserves. This would amount to 2.5 billion barrels, which will allow us to increase our reservesfor five to seven more years.”

• On obstacles to progress: “We have to try to ensure all companies in the country, but mainly Ecopetrol, fulfil their development plans. The licence requirements are not the problem; instead, it is the time it takes players to obtain them.”

Most TOGY interviews are published exclusively on our business intelligence platform, TOGYiN, but you can find the full interview with Julio César Vera Díaz below.

What are some of the biggest issues Acipet members are facing?
Acipet represents the social and labour interests of petroleum engineers in Colombia. We have to work to obtain a lot of benefits for petroleum engineers – principally, employment and social benefits. The past three years have been very difficult for them. At this moment, we have a lot of people without employment. In Colombia, we have approximately 11,000 petroleum engineers. Of those, 48% are not employed. Activity in Colombia decreased significantly when petroleum prices crashed in 2014.
Since 2011, people in different regions, particularly in petroleum-rich areas, started a very big movement to avoid and prevent petroleum production activities. The regions have been using a legal mechanism called public consultation to make their case. Acipet worked with other institutions arduously to change that constitutional concept, with a recent fall 2018 victory stating that decisions related to oil activities and the use of the subsoil are only the responsibility of the nation.
Another priority for Acipet has been visiting more than 250 towns in Colombia during 2018 to explain how the sector works with high standards and how this generally a sustainable industry in its activities.

How would you assess Colombia’s upstream sector?
There are warning signs about the risk of losing Colombia’s energy self-sufficiency, and we need to substantially increase activity in the hydrocarbons sector. In 2018, the country hoped to have more than 60 exploratory wells or wildcats drilled, but as of October, we had less than 35. We hope to see a lot more development wells, around 600, since we have less than 400 at this moment.
This is principally the result of two things. During the first half of 2018, the industry was on hold in expectation of a change in government and the underlying uncertainties for investment that presented. It is good news that we have an administration – [President Iván] Duque’s government – that understands the key issues of the sector, the priorities in the short term and the importance that the sector has for the country’s future. Second, the industry was closely following the constitutional court decision on public consultation, which concluded favourably for the industry.

What are the first important steps for this administration to take?
The government has to make decisions very soon. Colombia must define clear strategies to incentivise renewed exploration activity. We have to promote the new regulation for exploring Colombia.
Moreover, there is a necessity to continue pushing the ANH to further become experts in technical matters. We need investment in data to obtain information for new exploration areas.
The president should also have a more significant and representative role in the sector. This should mainly be in the relationship between the industry, the government and the regions, because people should understand that the government backs these activities and has the citizens’ economic interests in mind. It is necessary to have a clear and transparent mechanism to talk with the government to try and solve sectorial issues in terms of security, environmental licences, ANH decisions and relationships with different government agencies.

How would you describe the panorama of unconventional exploration in Colombia?
We have big companies interested in Colombia, particularly in unconventional resources. Companies such as ConocoPhillips, ExxonMobil, Ecopetrol and Parex are very interested in investing in the country. The problem is that today it is not yet possible to invest in that area. We are in the process of discussing this matter at the country level. There is big potential in that area.
The first challenge is that we have various proposed laws trying to avoid and prevent these types of activities in Colombia. The second challenge involves environmental licences. We have reference terms for exploration, but not for exploitation. We have a draft regulatory framework for unconventional exploitation and have been discussing this since 2016.
A key element is that we have to continue working with people in different regions of the country, and specifically, in the regions where we have big unconventional resource potential. We have to explain to people the opportunities and risks of these activities, and how it is possible to carry them out without affecting water and other natural resources.
In terms of progress, we have different pilot programmes presented for the referred companies attempting two things: proving potential and confirming technical necessities and issues that the industry must develop to exploit these resources. The next four years will not see Colombia move much further than these pilots. The big challenge is to make sure these pilot programmes receive their environmental licences and the country is able to meet the proposed objectives.

In the shorter term, how much investment do you foresee for EOR activities?
Our principal opportunity will be EOR. Colombia has a much lower recovery factor than regional or global averages, with less than 20%. Important producing countries have more than 30%, and the objective of the country is to increase the recovery factor by at least 5 percentage points. Each percentage point that the country improves translates to about 500 million barrels of additional reserves. This would amount to 2.5 billion barrels, which will allow us to increase our reserves for five to seven more years.
Ecopetrol has a very big programme to increase EOR activities. Its objective is to try to increase the recovery factor from 18% to 30%, and it will invest more than USD 7 billion in the next 12 years to try to achieve that target. The company currently has more than 50 EOR projects.
Other companies working on EOR in Colombia are Gran Tierra and Mansarovar, the latter of which is 50% owned by India’s Oil and Natural Gas Corporation and 50% by China’s Sinopec.
Another company working on the matter is Occidental, with two big programmes, one of which is in our principal field, La Cira-Infantas, the first field in Colombia from 100 years ago. The company currently produces more than 40,000 bopd and it has a target to increase production to more than 70,000 bopd. Occidental has two other projects in an area very nearby called Teca Nare.
In the Llanos Orientales Basin, we have a lot of companies in primary production, but they will apply secondary operations and EOR in the near future.

What potential do you see in the gas industry?
In the case of gas, we have very big potential in a relatively new basin, Sinú-San Jacinto, and in the Lower Magdalena Valley Basin. Those areas and the Cordillera Basin, which is a new exploration frontier, could be very interesting for gas exploration. In the coming years, we have to promote conditions with the idea that companies will become interested in those areas. Canacol is very interested. It has made the decision to sell all of its crude oil assets and is now focusing on only gas, particularly in those basins.
We also have to try to ensure all companies in the country, but mainly Ecopetrol, fulfil their development plans. The licence requirements are not the problem; instead, it is the time it takes players to obtain them.

For more information on E&P initiatives in Colombia, see our business intelligence platform, TOGYiN.
TOGYiN features profiles on companies and institutions active in Colombia’s oil and gas industry, and provides access to all our coverage and content, including our interviews with key players and industry leaders.
TOGY’s teams enjoy unparalleled boardroom access in 35 markets worldwide. TOGYiN members benefit from full access to that network, where they can directly connect with thousands of their peers.