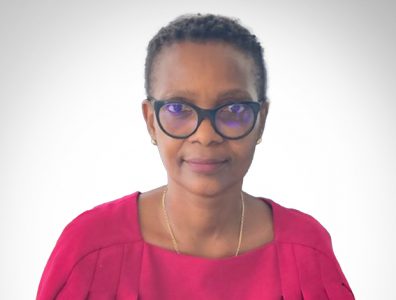 The difficulty of paying external providers in dollars severely hindered companies’ operations in the country.

Marine services providers must keep up with the evolution of the sector to maintain market shares. Maria Helena Samuel, the general manager of Sonatide, speaks with TOGY about how falling oil prices are curbing the Angolan offshore sector. Sonatide provides marine services to offshore oil and gas operators.

What major challenges are currently being faced by Angola’s market for marine services?
Offshore deepwater operations have been at the core of the Angolan hydrocarbons industry for decades. The 2014 drop in oil prices affected the entire services sector. Operators in Angola are reducing their activities, which leads to a lower amount of services needed. Fewer vessels supporting oil and gas activities are navigating Angolan waters.
The lower demand forces services providers to reduce costs. As a consequence, we are now re-evaluating internal aspects such as workforce and administrative procedures to maintain satisfactory revenue margins. The evolution of the market is directed towards lower expenditure and higher efficiency. To be competitive, services providers have to keep up with operator needs while adapting to different economic standards.

How are local companies participating in the growth of marine services in Angola?
Local companies should be encouraged to join the Angolan services sector supplying offshore activities. The market is poised to grow over the long run. Offshore activities are expected to sustain the Angolan hydrocarbons industry for years to come. To stabilise the economy and raise employment rates, Angolans need to be made part of the process.
However, the marine segment is generally technology driven and significant investments are needed to be operational. The competition is tough, and companies always need to be in the know about technological breakthroughs.
Maintenance is also a very costly aspect of marine services. Foreign investments are very much needed. The requirements set out in the Angolanisation policy are helping create joint ventures between national and international companies.

Is the foreign exchange regime hindering or helping international investments in the Angolan hydrocarbons industry?
The beneficial aspects of the regulation for the long-term development of Angola are unquestionable. Every developing economy needs to control the local flow of hard currency, while at the same time protecting the national currency. The introduction of stricter rules in the foreign exchange law set in 2013 occurred shortly before the fall in oil prices beginning in June 2014.
This was a very unlucky coincidence for the country. Oil and gas companies active in Angola for decades had to adapt to a new kwanza-based economic structure while facing cost and investment reductions imposed by low oil prices.
The difficulty of paying external providers in dollars severely hindered companies’ operations in the country. However, given the attractive potential of Angolan hydrocarbons reserves, companies are eager to commit to their previous investments and follow a long-term approach for operations in the country.
Foreign investors willing to enter the local oil and gas market need to look beyond low oil prices and foreign exchange restrictions and realise that Angola is still profitable.

What role can Angolanisation have in the development of the local marine sector?
Investment is needed in education and training programmes. The local workforce still lags behind in specialisation. The nautical sector relies heavily on foreign personnel to fill management positions such as vessel officers or commanders.
Given the specialised equipment of oil and gas vessels, their maintenance necessitates specific skills that require long and costly training programmes. The specifications for administrative and financial positions follow the usual standards of onshore oil and gas activities. For now, vessel crews operating in Angola are likely to have a higher percentage of expatriate personnel.