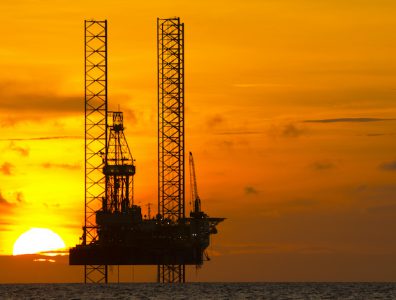 Under the new regime, the ANPG aims to enhance its role, cut down on red tape and bring flexibility and dynamism to the market.

Angola's National Oil, Gas and Biofuels Agency (ANPG) is making a new effort to unlock the country’s hydrocarbons potential by placing selected concessions on permanent offer, allowing for negotiation on blocks which had not received proposals during the normal bidding period.

Angola’s economy is led by its prolific oil industry, which accounts for 30% of the country’s GDP, more than 70% of State revenue and more than 90% of its outbound trade. However, oil production has recently seen a sharp decline due to a lack of exploration activities caused by factors such as global challenges and a lack of financing. In 2015, the nation produced an average of 1.8 billion bopd, a rate that fell by 36% in only six years to 1.16 billion bopd in 2021. Similarly, the country’s reserves dwindled from 9.1 billion barrels at the end of 2010 to 7.8 billion barrels at the close of 2019.
In response, the ANPG accelerated the sale of its upstream blocks by launching a permanent offer policy on defined oil and gas concessions following government approval in August 2021. Under the new regime, the national concession holder aims to enhance its role, cut down on red tape and bring flexibility and dynamism to the market.
The move is seen by the international community as the next step in a ladder to unbridle the production of Angola’s oil. “There’s a very strong effort to ensure business continuity in Angola, as underlined by the fact that the country kept producing even during the Civil War and with high production efficiency during Covid,” Ane Aubert, country manager for Equinor Angola, told The Energy Year. “We consider Angola to be among the top three most successful countries we’ve operated in.”
Angola is not the only country to use this strategy in an effort to garner interest. Brazil opened up its tendering process in 2017, which has met with significant success. As of May 2022, the Latin American nation had registered 80 companies to participate.

RULES OF ENGAGEMENT: The new Angolan statute considers blocks eligible for ongoing negotiations should they fall under the following rules: concessions that have previously been tendered and not retendered for 180 days, free areas inside already-owned blocks that were relinquished to the State and concessions currently owned by the ANPG that are not intended for partnership. All areas must be submitted for approval by the ANPG to the Ministry of Mineral Resources, Petroleum and Gas prior to being considered as part of the new programme and widely publicised upon being sanctioned.
Interested players are eligible only upon proving technical and financial capacity to operate a block, which includes submitting technical and annual reports and balance sheets from the previous three years or undergoing independent audits if incorporated prior to the three-year mark. Disqualified players are not discounted from resubmitting additional proposals as long as they meet the ANPG’s requirements.

A WIN FOR THE ANPG: So far, the ANPG’s efforts have been well received. Under its 2021-2025 bidding strategy, the agency targeted the awarding of 50 concessions, with half of its goals already met by May 2022. While Western nations are currently moving away from investment in fossil fuels due to the global energy transition, Angola is proving that interest in hydrocarbons remains.
Local players such as Somoil have responded well to the ANPG’s current role in opening the market. “Recent changes in legislation have made the industry even more attractive and the creation of the ANPG as the national concessionaire gives it the focus and attention required,” Edson Rodrigues Dos Santos, CEO of Somoil, told The Energy Year.