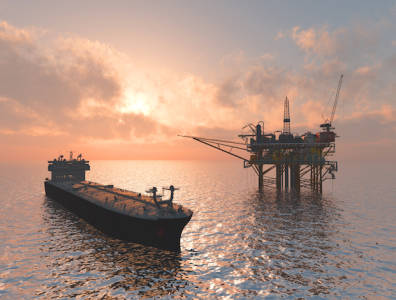 While doubling production, Somoil is targeting a step change in profitability in 2021 and 2022.

Potential production at blocks FS and FST:More than 10,000 bopd

As the largest private Angolan oil company, Somoil plays a pivotal role in the country’s energy scene. Established in 2000, the company spent its first two decades building a strong asset base and a lean business model. Today, Somoil is looking to double production at its Block 2/05 and FS-FST assets.

A key upstream player in Angola, Somoil operates two licences: the offshore Block 2/05, for which it holds a PSA and a 30% working interest, and the onshore blocks FS-FST, for which it has a concession contract and a 31% working interest. The company also has interests in blocks 3/05 (10%), 3/05A (10%), 4/05 (18.75%) and 17/06 (5%), where its partners include the likes of Sonangol and Total.
Beyond the upstream, Somoil has a small presence in the downstream sector, with two petrol stations in Luanda, as well as activities in renewables, participating in a number of small-scale solar installations. The company aims to develop its presence in these areas via partnerships.

PRODUCTION BOOST: With a focus on doubling production at its operated blocks by the end of 2022, Somoil will more than double its investments in 2021. The company is undertaking a sustained capex programme in its oilfields that will see major artificial lift upgrades, drilling and workovers with the deployment of coiled tubing, as well as a number of greenfield projects.
“We are moving away from old industry techniques to more modern technology, using jet pumps for example instead of hydraulic pumps, which is yielding very good results as it requires less maintenance and it is highly efficient,” CEO Edson Rodrigues Dos Santos told The Energy Year. “We are also evaluating the possibility of installing ESPs.”
With the aim of restarting drilling in 2021, Somoil is bringing in a rig in Q2 that will start by drilling infill wells and an exploration well.
Offshore Block 2/05 is home to 18 oilfields with combined reserves of more than 500 million barrels. Somoil estimates potential production of more than 40,000 bopd. Of the 18 fields, 17 are developed and one remains undeveloped. “The oil is there, the wells have been drilled and are capable of producing, but the platforms have a few integrity issues. Our primary focus on Block 2/05 is to get the facilities/topsides back up to international standards,” Dos Santos said, noting that the company is highly optimistic for the block’s prospects.
In onshore blocks FS and FST, Somoil sees a potential of more than 10,000 bopd of production. The company has conducted extensive 2D- and 3D-seismic surveying since it became operator in 2009, and to date around 1,000 wells have been drilled in the blocks. As of January 2021, the licence was producing 5,900 bopd following a 20% hike in output seen over the previous six months.

ANGOLANISATION: Somoil is the beneficiary of government incentives for local oil companies such as reduced petroleum taxes and exemption from paying a signing bonus, and the company aims to support fellow local players. “Somoil is a product of local content and Angolanisation. We really want to work with Angolan companies,” Dos Santos said.
Somoil’s suppliers include local players such as FDF, Stapem Offshore and Sondagens de Angola. When it comes to contractors, the company is particularly open to taking more risk on local contractors in its onshore assets, and wants to see them grow and compete. “It is easy and comfortable for Somoil to collaborate with Angolan companies that have the right principles, are focused on doing their job well and want to grow,” Dos Santos said.

STRATEGY FOR SUSTAINABILITY: As part of pursuing a sustainable future, Somoil is looking to add to its reserves, in part through bidding in coming licensing rounds and acquiring new assets. The company will also deploy EOR and IOR as part of its redevelopment of Block 2/05 and blocks FS-FST, as well as exploring new areas within existing assets.
As a growing oil player, Somoil plans to continue to improve and demonstrate its capabilities as an operator – capabilities such as safety and integrity management. “Our goal is to first of all eliminate serious incidents that can affect the safety of our people or the integrity of our assets,” Dos Santos said. Alongside this, the company will continue to invest in people and community relations, aiming to provide gratifying careers and ensure a high standard of care for its workforce and the communities where it operates.
Increased profits are also on the horizon for Somoil, as it aims to see a “step change in profitability” in 2021 and 2022. Improving infrastructure will be central to achieving this, and the company is planning major repairs as well as the installation of new infrastructure. As Somoil increases production, its focus will be on selective investments made to produce profitable barrels.
Cost reduction is a pillar of the company’s sustainability drive, and in 2020 this aspect became more vital than ever. Under the banner of a programme called EMAGRECE (“losing weight” in Portuguese), Somoil is seeking better rates from service providers – renegotiating contracts while aiming for mutual benefits via strategies like sharing equipment. Wherever possible Somoil is also doing the same activities in a more efficient manner – “changing the way we work.” Transportation costs have been reduced via a shift to road travel between Luanda and Soyo, capitalising on recent road improvements. Meanwhile, the company has joined the trend of extending rotations from 14-day to 28-day shifts to boost productivity and decrease costs.

THE NEXT LEVEL: Partnerships will be key to Somoil’s future, and the company is targeting win-win collaborations with both oil companies and suppliers. “We are actively working to close some partnerships primarily for greenfield projects, not only with the big IOCs such as Shell, but also with medium-sized oil companies that are strong technically and financially robust such as Amni,” Dos Santos said. “Somoil has a good team, experienced and able to manage what we have today, but to take the company to the next level we need strong partnerships.”