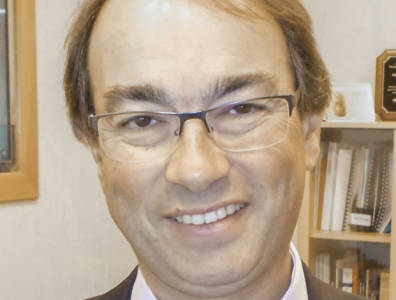 Globally, about 60 percent of oil and 40 percent of gas reserves are found within carbonate rocks. All of Qatar’s producing oil and gasfields have carbonate reservoirs. The complexity of this type of reservoir presents specific production challenges that can be solved by geochemistry, acid stimulation and crossover technology.

During the past decade, two-thirds of new hydrocarbons discoveries were made in carbonate reservoirs. The Middle East holds a large proportion of the world’s carbonate oil and gas reservoirs, and all of the onshore and offshore hydrocarbons reservoirs found in Qatar are carbonate fields.

Unlike the relatively homogenous sandstone reservoirs, in which hydrocarbons are found within sand layers, carbonate reservoirs (limestone or dolomite), are made of materials such as shell or coral. These reservoirs are characterised by a matrix with a low permeability and heterogeneities such as fractures or dissolution patterns, as carbonates may dissolve in the presence of water.

These types of reservoirs are therefore heterogeneous by nature, suggesting that resource exploitation will be difficult at all stages, from exploration to production. For example, because carbonate reservoirs have very high seismic velocities generating multiple reflections, obtaining good seismic images can be difficult.

Fluids present in these reservoirs often contain hydrogen sulphide and carbon dioxide, produced by chemical reactions within the carbonate reservoirs. Hydrogen sulphide is highly corrosive and toxic, and Qatar’s North Field contains a relatively high proportion of this gas, up to 5 percent.

Another challenge is that tar mats – heavy layers of hydrocarbons that are highly viscous – are also found in these reservoirs and can form permeability barriers.

The reservoir that produces more is likely to deplete more quickly than others, and the operator may then want to stimulate production from other reservoirs to balance production.

ACID STIMULATION: Acid injection is one way to stimulate well productivity. Carbonates dissolve in the presence of acids such as hydrochloric acid. Depending on the acid used, its injection flow rate and pressure, the dissolution of the carbonates surrounding the producing well may create wormholes, which increase reservoir permeability and, in turn, productivity. Two important challenges related to acid injection have been identified.

When injecting acids into a well with the goal of stimulating the production of a low permeability reservoir, the acids will naturally go into the more permeable parts of the geological formation. Therefore, some polymers, possibly containing solid materials, must be injected along with the acids to block reservoirs characterised by high permeability and force the acids to go into low permeability layers of the reservoir.

CROSSOVERS: The hydrocarbons industry is now greatly benefitting from crossover technologies. Finding and producing oil in the future will require operators to tackle complex technological and environmental issues. New technology is clearly needed. One way to accelerate development is to look at other scientific domains. Innovation often comes from interaction between disciplines.

The space, nanotechnology, robotics, biotechnology and advanced medical imaging industries all are beneficial to the oil and gas industry. For example, nuclear magnetic resonance, better known as NMR, or magnetic resonance imaging, better known as MRI, previously used exclusively in the medical industry, is now used in petroleum labs to visualise and characterise wormholes created through the use of acid stimulation for carbonate reservoirs.

In geochemistry, the abovementioned conventional laboratory fingerprinting process for reservoir production allocation can take weeks, if not months. This is not ideal for efficient production monitoring.

The development of miniaturised tools that can be inserted inside the well to analyse the fluid samples in real time, instead of taking them to a lab, marks important progress. In this respect, the oil and gas industry is being inspired by nanotechnologies developed for the space industry. These types of miniaturised tools have been equipped on NASA’s Curiosity robot for its mission to Mars. It is likely that they will be used in the producing wells of our future intelligent oil and gasfields.

For more news and features from Qatar, click here.