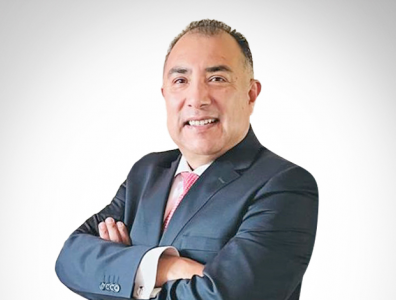 We want to sell what will be considered the first Mexican hydrogen station in the international market.

Oscar Mendoza, gas director for Mexico and Central America of Gasoductos y Estaciones del Norte (GENSA), talks to The Energy Year about how the company is working to bring energy to Mexico’s end users and its new bet on hydrogen. GENSA designs, builds and operates natural gas infrastructure and measurement, regulation and control systems.

What hurdles does gas infrastructure face in Mexico, and how has GENSA overcome them?
During recent years, the CRE [Energy Regulatory Commission] stopped granting permits. There have been no permits for gas pipelines nor open access permits. Furthermore, for the gas pipelines we have permits for that are being constructed, we encounter numerous barriers. These include the delay in the granting of right-of-way crossing authorisations, which often need to be negotiated with different entities, such as the CFE [Federal Electricity Commission], the National Water Commission, railways, highways and so on. One also has to be in line with union leaders, as they control certain locations where pipelines may cross.
These problems and the high levels of corruption that still exist make these projects unviable. The government should consider these ventures as public utility projects, as they bring natural gas to their facilities. Unless there is real commitment and political will, the sector will continue to be challenged.
Companies such as GENSA have worked with customers who want to bring natural gas to their facilities and from there looked for systems that are less than 150 metres away from the interconnection point. With these customers, we don’t have to apply for a transport permit from the CRE. The general administrative provisions [DAG] indicate that systems less than 150 metres from the transport pipeline don’t need a permit.
The land, however, must be owned by the end user. If the system is more than 150 metres away, they automatically need a permit, which can take 8-12 months to receive and can also be denied. Thus, when a plant or greenhouse is around 1 kilometre away, we agree with the clients to buy a 50-metre-wide strip leading to their facility so that he or she can prove they are the end users. We have managed to do several projects like this to bring energy to end users.

What key clients and activities has GENSA maintained despite the pandemic?
The most important customers we have are TC Energía, Naturgy, Engie and Sempra Infrastructure. We are connected to their transport pipelines, but we don’t sell gas to them. During the pandemic, our largest projects were three combined-cycle plants. The first was González Ortega for Sempra Infrastructure; the second was the Cachanilla plant for Energía Solar Cachanilla; and the third was the glass factory for Fevisa.
We also conducted three major interconnections with TC Energía. One is in Chihuahua; the second is in Culiacán; and the last one, which we recently finished, is in Colima. In the last couple of years, we’ve manufactured approximately 120 stations for Naturgy, and for Engie, more than 50 stations. Gas Natural Industrial, which is part of Grupo Simsa, has also become an important player for us. We have sold about 60 industrial testers per year to Grupo Simsa. This year we are also selling them 7,500 testers for the residential sector, while on the commercial-industrial side, we are selling them 100 turbine testers.
We have also completed projects for clients such as Grupo Cementero Chihuahua, Materias Primas Minerales de Ahuazotepec and Grupo Ganfer.
Despite the difficulties during the pandemic, our fabrication ultimately continued. Although we stopped production for two months, by the end of 2020, activities picked up again, and our plant stood at a 70% production capacity, fabricating about 280 stations per year. In 2021, we managed to reach a 95% production capacity. To reach this capacity, we focused on diversifying our scope of business. We now have 15 lines of business, which means that if one line stops for any reason, we can rely on the others. This allows us to continue to be leaders in the market.

Tell us about the interconnection-type projects you’ve done for TC Energía.
We’ve had a contract with TC Energía for the last three years. We comply with all the technical specifications they ask for, including for safety, procedures and qualifications. In fact, it took us two years to have all the certifications. These interconnection projects involve the development of 24-inch to 6-inch pipelines. We developed the civil and mechanical work – including welding, resistance tests, hot tapping and so on. We also did some excavation work to protect the interconnection valve. It was a turnkey project ready for the end customer to arrive and be connected to the line we made available.
Regarding time, projects of this type with TC Energía have a fixed duration of approximately four months. This time includes procedural, safety and environmental aspects and hazardous waste collection. We have three similar projects in our backlog, one with TC Energía and two with private companies.

What position do you have in the domestic and export markets, and what kind of advantages do you offer?
In 2021, our Monterrey plant production was sold out the whole year. The same goes for the production of 2022 and even half of 2023. We are currently making 560,000 parts a year. These parts are sent to the US, Chile and other regions of Central America such as El Salvador. Our main customers are distributors.
In addition, we have a maintenance and operations office in Coatzacoalcos. We use this as a centre to provide maintenance services to the central part of the country, while Monterrey provides for the northern part. We are now going to open a new office in Culiacán to cover the entire northwest. Our export-domestic ratio stands at 90% to 10%.
We also offer turnkey solutions, meaning that we have the capability to provide services from engineering and design to manufacturing. We manufacture the parts at our plant and we then send them by ship to their destination. There, we arrive and hire people to install the shipment for us, and our own people set it up. Another of our added values is our strong alliances with tech-oriented companies such as Pietro Fiorentini and Honeywell.
We provide services for residential, commercial and industrial clients, including those in fast food, distribution, transportation, storage and CNG, and now we are moving towards LNG. We are experts in everything related to regulation, ultrasonic measurement, chromatography, analysis, odorisation, PLCs [programmable logic controllers] and communication. We are a company that offers complete solutions.

Does GENSA have an internationalisation strategy for other markets in Latin America?
We want to be a major player with the solutions we have. The reality is that natural gas markets in countries like Colombia, Bolivia and Chile are more developed than in Mexico. This market has been open internationally for 25 years, while Colombia has been open for more than 60 or 70 years. This means that there are many very well-positioned companies there with many solutions. We want to have a strong position in these countries, as they have large and demanding markets to cater to. Our strengths in these countries are our services and impeccable track record. We don’t want to be just another player. Rather we want to be an important player with solutions for carriers and distributors.

How is the company betting on hydrogen?
Markets are changing, and we have to adapt. Mexico seems to produce less and less gas and, with the current war between Russia and Ukraine, the US will increase its exports of LNG to Europe. However, the need for natural gas is going to grow, and Mexico will have to look for it in other markets, such as Bolivia. Hydrogen is now gaining space in the energy landscape because of changes in the markets worldwide and the energy transition.
Two states in Mexico are already producing hydrogen, and in the near future there will be more. Given the aforementioned lack of gas, green hydrogen will have to be injected into gas transportation and distribution pipelines. The advantage is that the products (i.e. stations), meters and regulators now installed in transportation and distribution networks can accept a 20% mixture of hydrogen in natural gas.
GENSA unveiled a measurement and regulation station in February 2021 that can support up to 30% green hydrogen. This is a game changer, as it will help green hydrogen replace gas much faster. Companies like ours, which have already developed a solution, are ready for this new market.
We already have hydrogen-based products here in Mexico, such as regulators and meters, that are ready to be installed. For instance, Tamaulipas already needs these to regulate and measure hydrogen. These products can handle 70% natural gas and 30% hydrogen or 100% hydrogen and serve industry and gas transportation. We are now waiting for the opportunity to introduce them to the Mexican market.
We are already selling our solutions to Naturgy in Chile, where we are injecting green hydrogen into the country’s distribution pipelines. We want to sell what will be considered the first Mexican hydrogen station in the international market. We design and build the hydrogen stations and then test and ship them to the final destination. Then we install them with our personnel, who also do the start-up and train the staff that operate the stations.

How is GENSA planning to feed the southeast of Mexico with gas?
GENSA has experience in more than 7,000 projects across the country, has built more than 1 million linear metres of gas pipelines of between 2 and 48 inches and currently operates more than 60,000 linear metres of pipeline. We have a special focus in the southeast because the region lacks natural gas pipelines. The government has a project to take natural gas to the southeast, where it is needed, and from there to Guatemala.
We need a lot of gas, and as long as the pipelines are not built, we cannot move forward. We started by building pipelines in this region with hot tapings and concentrating on the economic zones of the region and municipalities. Today we have been involved in more than 120 projects in this region. Access to gas in the southeast would allow industry to flourish.
Furthermore, to solve the problem of availability, virtual solutions are options. Regarding them, the maximum distance from a compression station to its final destination cannot be more than 200 kilometres. Otherwise, it is not good business. So, one solution is to have gas pipelines near their final destination to supply the area with natural gas. Another solution is to grant more permits and authorisations, so that companies such as Fermaca or Sempra Infrastructure can build pipelines and gasify the country. However, if there is no government interest in authorising the construction of gas pipelines, we cannot move forward.

Tell us more about the new large-scale gas station the company is now constructing.
This year GENSA is building the largest station in its history. The diameter of this new plant is 2,416 inches; it weighs approximately 300 tonnes; and it has two high-volume interconnections. Furthermore, it will have around 4 kilometres of 6-inch gas pipelines, and 400 people will be needed to build it. We have already finished the engineering and contract review. Now the legal department is working on the annexes to the contract. We expect to finalise this project in March 2023. Its total value stands at around USD 10 million.
This venture is the result of an international competition in which 18 companies participated. We were the winners. This project is very important for us as a company. We have already been approached by valve manufacturing companies from Germany, the US and the Netherlands and meter manufacturers. It has definitely helped us open doors in other countries and puts us at a growth rate of 1,800% this year.