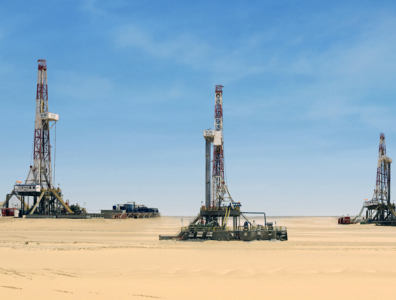 The market offers a diverse array of opportunities, from conventional reserves to offshore oil and gas and unconventional plays in the Western Desert.

Junior exploration-and-production companies are well positioned to capitalise on the investment environment in Egypt. A trend for smaller blocks being offered in Egyptian bidding rounds and a reduction in energy subsidies in the downstream sector have encouraged many smaller companies to seek new acreage in the country.

Egypt’s political situation since 2011 has had a profound impact on exploration and production, with operating costs rising, price regimes volatile and outstanding government debts mounting.

Obstacles have at times loomed large enough to obscure the upsides of operating in the country, which remain considerable. The market offers a diverse array of opportunities, from conventional reserves to offshore oil and gas and unconventional plays in the Western Desert. Furthermore, stability is returning to the political realm.

BALANCE SHEETS: The exploration and production companies seemingly best poised to best capitalise on these conditions are junior companies, chiefly thanks to their smaller balance sheets. They are well suited to working on smaller fields in Egypt, and have an easier time maintaining liquidity in the face of outstanding government payments compared with their larger rivals. Smaller companies active in Egypt include Canada’s Rally Energy and Sea Dragon Energy, Ireland-based Petroceltic and Germany’s RWA Dea.

Recent bid rounds have seen a healthy level of participation from juniors in Egypt, and the trend seems likely to continue. These businesses have shown a hunger for new assets, either by taking on blocks on their own or partnering with larger oil companies or smaller peers.

They are also eager to farm out stakes of their own operations once reserves have been proven in order to free up capital for acquisitions and investments. In some cases, the marginal fields they are buying offer the possibility of a faster maturation process.

NEW TENDERS: Further opportunities are in the offing for 2015. Ganoub El Wadi Petroleum Holding Company (Ganope), one of the five primary state companies operating under the Ministry of Petroleum, is accepting bids until March 31, 2015, on 10 exploration blocks in the southern Gulf of Suez and the West Nile and East Nile regions, with sizes ranging from the 15,745 square kilometres at the Southeast Qena block to 68 square kilometres at the Southeast Ras El-Ush block. General Petroleum Company, a subsidiary of the Egyptian General Petroleum Corporation, is offering acreage in South Sinai, with bids due by April 15, 2015, on the Sudr, Matarma and Asl oilfields.

These new bidding rounds are an ideal opportunity for juniors in part because the acreage is in most cases too small to attract major companies.

One variable still to be settled, however, is Egypt’s draft investment law. There is disagreement within the government over whether to maintain tax exemptions for oil and gas production. The Ministry of Petroleum would like to keep the exemptions to stimulate investment, while the Ministry of Finance hopes to reduce these exemptions to help balance the national budget.

PRICE CUSHION: An additional attraction for smaller companies is the trend of rising prices for downstream products in Egypt. A reduction in subsidies for end-user fuels in July 2014, coupled with increases in regulated prices for electricity and gas, has been improving the investment climate by making it more attractive for companies to sell their output domestically. Juniors such as Petroceltic have also insulated themselves from international price volatility by selling into the Egyptian market at locked-in rates.[1]

Another factor that helps juniors cope with instability is the structure of the commonly used production-sharing contract in Egypt – with decreases in oil prices they act as a cushion, because the government’s share of profit oil follows.

In the case of Transglobe, the government takes an average of 59.7 percent of profit oil, inclusive of royalties and taxes. When the oil price declines, the government’s take also drops, according to the contract. The government’s cut of profits from juniors is lower than from large international oil companies. This buffer from the declining price of oil counts as one of several reasons that 2015 could be a good year to be a junior in Egypt’s upstream energy industry.