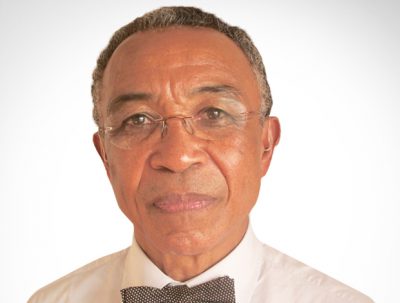 We in the industry have always believed that Rabi cannot be alone. There must be something else, but you need money and technology to find it.

TOGY talks to Charles Tchen, general manager of Independent Petroleum Consultants (IPC), about what must be done to achieve new discoveries and the advantages of the draft hydrocarbons law. Consulting firm IPC advises the private and public sectors on oil- and gas-related issues. The company has worked with E&P players including Ophir Energy, Repsol, Marathon Oil and Sasol, among many others.

What are the main trends happening in Gabon’s oil and gas industry today?
We are facing a very particular situation right now. We are in a declining mode of production. Since 2014, we have had no discovery, no contract, no major exploration campaign. Today, we have no asset capable of reducing this decline.
Many companies left Gabon or sold their assets, such as Shell, which sold its assets to Assala Energy in 2017, or Harvest Natural Resources, which sold its assets to BW Offshore in 2016. Ophir had about six PSCs and spent more than USD 500 million in drilling wells, but the results were not positive, so the company had to pull out of Gabon. Marathon Oil also pulled out. That company conducted a seismic survey, but it discovered that there was no seal on the stretch and only one reservoir could be hydrocarbons-bearing. Marathon Oil decided not to explore the Tchicuate block and paid the state for the well it was supposed to drill in 2017.
If nothing is done, then by 2021 our production will fall far below 200,000 bopd, and by 2025 it will even be below 100,000 bopd.

What led to this situation?
When the hydrocarbons code was signed in 2014, the price of hydrocarbons started to decline. The code was very tough on the industry, very difficult, especially the corporate tax of 35% that has to be paid by the contractor. When you combine that with the decline of oil prices, it cannot match. That’s why no contracts were signed between 2014 and 2018. That has been quite a problem for the country as a whole.

What could be done to reverse or at least mitigate this decline?
If you look at the map of Gabon, you see that there are several marginal discoveries. The best thing to do when you have this situation is to negotiate as quickly as possible and close the contract on very special terms. In that way, you could eventually reduce this decline. You won’t stop it, but you can reduce it and this is good for the country. Of course, economically it won’t be as profitable as a big field, but at least the daily production rate could increase.
In the meantime, there is a crucial need for a major discovery in Gabon such as the one made by Petronas in 2018.

What makes you so confident about a potential discovery in Gabon?
Let’s just take a look at onshore exploration, which has not been very intensive because we have a big forest and a lot of swamp area. Seismic surveys are very expensive in those conditions. You have to grant special fiscal terms to companies willing to go there, to encourage them to go for exploration, as you would do for deep offshore.
When the Rabi Kounga field was discovered, land seismic was difficult and very expensive, but it was worth it. We in the industry have always believed that Rabi cannot be alone. There must be something else, but you need money and technology to find it.

What technologies does the Gabonese industry require to be able to develop this potential?
You have to rely on major foreign companies and their technologies. Locally, there is nothing you can do, especially when it comes to ultra-deep offshore.
Impact Oil and Gas has a sizeable structure in the D13 block, but it is under 3,500 metres of water. You can imagine the cost of drilling the well. On its own, it cannot drill the well. The company has been trying over the past year to get a partner. It discussed with many companies, but in the end, said it was too deep and the terms of the hydrocarbons code were not good enough to guarantee the viability of the project. Further negotiations to review the terms are necessary.
Only major companies such as Exxon, Shell, BP or Total can operate under 3,000 metres of water depth.

What is your assessment of the new hydrocarbons code that is currently under review, and how does it compare to those in other African countries?
The Ministry of Petroleum and Hydrocarbons learned a lot from the 2014 code. When the UPEGA [Gabon Petroleum Industry Union], which is the association of the petroleum industry in Gabon, went to the ministry and proposed drafting a new code, the ministry accepted it, even making it a bit better, in my view.
For example, UPEGA suggested putting royalties initially up to 10% and the ministry dropped it down to 7% for oil and 5% for gas. The corporate tax was also dropped. They also went down on the recovery costs and the total envelope of terms. Moreover, the ministry said it would open direct negotiations for 24 blocks of the 12th bidding round.
Overall, all those measures make this new regulatory framework comparatively attractive in West Africa and in Central Africa. It makes it much better than what we had, and it competes very well with other neighbouring countries. I would say we are even more favourable in some respects.

How are foreign companies reacting to this new hydrocarbons code and the 12th bidding round?
Initially, they were very enthusiastic, but the final text of the new hydrocarbons code has not been officially published yet, it is still in draft. Foreign companies such as American ones will not come if they don’t see a signed code. After being approved by Parliament, the text must still be signed by the president.
Moreover, the new hydrocarbons code includes about two pages of detailed sanctions. The industry highlighted that it is not good to keep it like that. Our advice was to separate it and put it in the application text, especially because several countries in Africa have launched their bidding rounds and Gabon has entered last with its 12th bidding round.
In the meantime, we’re facing another issue, which is the new foreign currency regulation. It is a regional framework, but for some reason Gabon is the first to implement it. If we don’t solve it, it will be harder to attract new foreign companies.