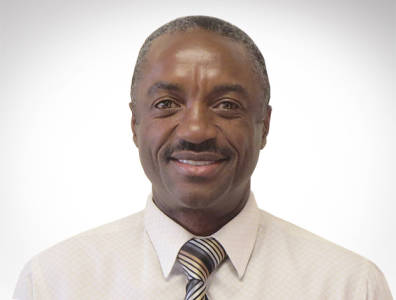 In 60 years Angola has discovered a lot of oil. Sonangol put a strategy into place where a lot of investment came into the country to support this growing production. Today, we have to think of a better strategy.

Antonio Bravo Neto, the general manager of Petromar, talks to TOGY about the investment climate, the outlook for the industry and areas of growth. Petromar performs fabrication and maintenance, and the company has contracts with Angola LNG, Sonangol in Block 3 and CABGOC in Block 0.

• On strategy: “In 60 years Angola has discovered a lot of oil. Sonangol put a strategy into place where a lot of investment came into the country to support this growing production. Today, we have to think of a better strategy.”

• On maintenance: “The targets should be for maintenance because the facilities are there, they are becoming old and they will always need maintenance and modification works.”

• On the business climate: “It is not a good time for making money. It is a time for remaining in the market until things turn.”

Most TOGY interviews are published exclusively on our business intelligence platform TOGYiN, but you can find an abridged version of our interview with Antonio Bravo Neto below.

Are you concerned there will be a drop in production in 2020 as output from maturing fields winds down?
Of course we are concerned about this. We know that production will stay at this level for two years, more or less, with the input from Kaombo and Eni’s Block 15/06. But we also know there are no new big projects. For us, this is a concern because the production will drop, and there is no new oil coming. A new project would take five to six years to start producing. When we see the dynamic of the oil sector, we do not see actions or bids for big projects coming. I do not know what the strategy of Sonangol is in order to avert this situation.
It is a concern for us as fabricators because it takes projects about two years to come to the point of fabrication. Something would need to start today to come to us in two to three years. Waiting three years is a nightmare for us because if we have to keep the yard on lockdown for two years, we’ll lose all the experience and know-how of our people. To stop any mobilisation is a cost, and we’ll need a lot of organisation to train and refresh personnel.
That is why we have been trying to look at other markets outside of Angola. We participated in OTC 2017 in Houston. We had a stand there with fabricators from Angola under a strategy designed by Sonangol Holdings, which owns shares in all of these companies. We have introduced our company to the world in order to show that we have assets in Angola that are able to provide services for whoever wants them. We have assets that have experience and spare capacity to offer services to anyone.
We were also at the 2017 Africa Oil & Gas Summit in Cape Town. It was also a good opportunity to introduce our company and experience. We discovered that there is some gas exploration going on in other countries like Mozambique and Tanzania and for oil in Uganda as well. They did not know that we had this kind of capacity in Angola. They showed an interest in exploring opportunities to share this experience.
In 60 years Angola has discovered a lot of oil. Sonangol put a strategy into place where a lot of investment came into the country to support this growing production. Today, we have to think of a better strategy. We are sharing with other countries. If they are investing in oil and gas, they should they invest in services that are already available and that they can use. Maybe this will optimise their investment. We are currently designing a strategy to attack this market. We think that the best way is to promote private investment. Private investment usually brings about technical solutions in gas or oil exploration.

Do you have confidence and belief that newly inaugurated President João Lourenço can encourage greater investment into Angola in the coming years?
The message of Mr João Lourenço is very strong. It was very well accepted by the international community and even internally it was one of the key factors that made him president. He is focused on transparency and fighting against corruption. All of these bad habits need to be resolved in order for Angola to be seen as a country where investment can be done without restriction by the international community. We need to win the confidence of the best international investors. I think if Mr Lourenço puts in place what he said, with the support of all the players and people, it will be good for Angola.

Do you think there are greater oil reservoirs to be found in Namibia?
I am not a geologist, but the most prolific blocks in Angola are in the north of the country. Today we do not have many big fields in the south of Angola, which is in the direction of Namibia. As far as I know, there has been no big discovery. Maybe if they continue exploring they can find it. They have not done enough commercially. I would see it as being very good if the two countries co-operated together. Angola has a lot of experience, which is not the case for Namibia. Considering that they are friendly countries, it makes sense to share the experience and mutual benefits.
But as a service company we are always at the end of the process. When we see this process, we are happy because in the end we will get services.

Would you recommend that foreign investors look into Angola right now?
Angola is a country that needs investment. The country has a lot of potential, not only in oil and gas, but it also has a good investment climate. Additionally, the land is there, and there are a lot of areas where investment can be made, not only the oil sector. There is a lot of opportunity.
In terms of the right moment, why not now? It is the right moment.

What do you want to see from Angola more generally?
We are still waiting to see Sonangol’s strategy and news on developing the marginal fields. We also see that the oil price is slowly creeping up. It will stabilise, but we don’t know when. The trend is positive, giving us some hope that a new dynamic will be implemented in the sector. The cancellation of the onshore blocks was disappointing, but more in terms of the delay of the development of marginal fields, because we know it could bring a lot of work for us.
I would like to see Angola resume its level of growth achieved three years ago, with more diversification in its economy. The oil sector, even in crisis, remains the most active sector. I would like to see other areas such as tourism, agriculture, fisheries etc in the short term increase their contribution to GDP growth and income, job creation and improvement of the quality of life of Angolans. We urgently need to reverse the current picture. With wise leadership and input from all, yes, we will.

For more information on the Angolan market and the development of new E&P projects in the region, see our business intelligence platform, TOGYiN.
TOGYiN features profiles on companies and institutions active in Angola’s oil and gas industry, and provides access to all our coverage and content, including our interviews with key players and industry leaders.
TOGY’s teams enjoy unparalleled boardroom access in 35 markets worldwide. TOGYiN members benefit from full access to that network, where they can directly connect with thousands of their peers.