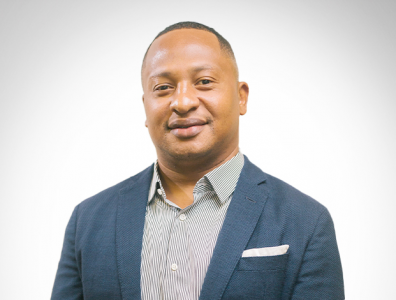 “Angola sets the bar extremely high on VLSFO, which is produced at the refinery in Luanda.”

Positioning Angola as a bunkering hub

Mauro Carvalho, managing partner of FAMAR, talks to The Energy Year about how Angola is positioning itself to become a bunkering hub for transit ships and the company’s strategy for acquiring vessels and securing new clientele. FAMAR is a services company specialised in marine gas oil (MGO) and fuel oil (VLSFO) bunkering supply.

Where do you foresee growth in private-sector bunkering services in Angola?
The activity in bunkering has increased for ships in transit, but not ships operating locally. It’s mostly heavy container ships that burn fuel oil.
If you look at our geographical position, Angola is very close to South Africa. All ships going to America from the Mediterranean Sea via the Strait of Gibraltar or going down to South Africa then up the Indian Ocean come near us. In South Africa and Namibia, they can’t find the quantity of fuel oil and competitive prices that they will find in Angola.

How is the country positioning itself to become a bunkering hub for transit ships?
I think it’s a combination of the new regulations, our strategic location and the country’s process of increasing its refining capabilities. It also involves supply availability and having competitive prices for fuel oil in a regional context.
With the new regulations from the tax administration office, Luanda can become a hub for transit ships. Two years ago, they couldn’t stop for refuelling in Angola. Now, vessels can come to the port, do the inward clearance with the authorities, bunker and continue their voyage to the next port.
This will further improve with the new refineries in Angola, which will translate into more fuel oil and more marine gas oil since at the moment we are all limited to the production of the Luanda Refinery.

What is the main obstacle holding back the profitability of private bunkering services?
Bunkering normal gas oil for locally operating vessels, such as the fishing or oil industry vessels, is difficult. It doesn’t make sense for these vessels to use private bunkering companies because we are more expensive than Sonangol. And since Sonangol is the only authorised agent by the state to import such products, it makes them hold a monopoly of the market, becoming exclusive and the first preference of the various consumers, thus keeping private companies like ours from offering more competitive rates and prices.

What are the main business differences between being a ship owner and hiring vessels for bunkering?
We are in the process of expanding the fleet and acquiring two new tankers. Being a ship owner is the smartest business decision in this current bunkering environment. Since we have commercial, technical and overall management skills, and taking into consideration the expansion of the Luanda Refinery, why should we hire a ship to operate for us?
We are working with a tanker on hire called the M/T Golden Oak. We have been operating it for more than a year now. Initially, this hire was impacting our general revenue, but for the past six months, our P&L [profit and loss statement] has been showing positive results.
Considering this ship, if the owner charters it out for six or seven years, he gets the full return on the initial investment, just by collecting the charter rates per day. That’s a very good deal for the owner. After opex, ship owners make a huge profit from bunkering companies that hire these ships. These dynamics have led us to strategically source for these tankers within the group.

Tell us about FAMAR’s fleet expansion and modification.
One of our recently acquired ships is the MT Kaponte. It will have double the capacity of our current biggest tanker. It will be used to service the IOCs within the offshore territorial waters.
We are also changing the names of our current tankers. The MT Maura Alessandra was renamed MT Bom Jesus. We will use Angolan city names.
As for our offshore support vessel, it is still on permanent lease. We will move away from offshore support and focus more on bunkering.

What are the advantages of operating a medium-range tanker out of Luanda?
We are planning to tackle the demand coming from crude tankers working for IOCs offshore. They come to load crude oil directly from the offshore blocks. But they cannot burn it through the main engine, so they always need gas oil for the auxiliaries and fuel oil for the main engines.

Please detail Angola’s price competitiveness compared to Namibia and South Africa, when it comes to fuel oil and MGO.
Angola sets the bar extremely high on VLSFO, which is produced at the refinery in Luanda. Compared to surrounding countries, Angola and Sonangol do an excellent job in ensuring that not all oil is exported, keeping a significant volume for the bunkering market. This ensures that the maritime industry with vessels calling Africa are well-set for their next destination. Angola makes this attractive by producing high-quality oil at an extremely competitive price. This is due to the nature of a very sufficient supply chain and an exceptionally well-established refinery process.