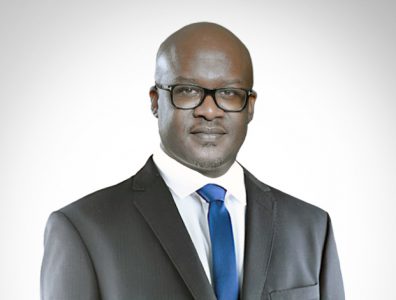 Priorities for investors in Uganda

Bernard Katureebe, managing partner at Ortus Advocates, talks to The Energy Year about priorities for investors in Uganda, the firm’s role in the country’s oil and gas and power sectors, and key steps for avoiding the Dutch disease. Ortus Advocates provides legal, tax and business advisory services.

What are the main needs of both international and local companies aiming to operate in Uganda?
Investors should prioritise the structuring of their various business vehicles; cheaper project finance; and having joint-venture partners who are not only willing to work with local companies but also amenable to the industry’s skills and technology transfer requirements, regulatory compliance, and professional tax planning to ensure that businesses make a profit.
Public-private partnerships (PPPs), pension funds, remittances, diaspora bonds, and sovereign/Eurobonds are all viable sources of finance for Ugandan projects. These choices provide fast credit based on the present state of the organisation.
The government has also stepped in with a raft of investment incentives, including a 75% reduction in import levies on industrial equipment, a four-year depreciation schedule for startup expenses, and a 100% tax credit for research and training as well as mineral exploration costs. Furthermore, training costs are entirely deductible as a one-time expense. In addition to these incentives, Uganda’s government could consider developing a local infrastructure bond to attract long-term infrastructure finance.
Tax concerns are critical for both domestic and foreign investors to grasp in order to invest effectively in Uganda. We have a residence-based tax system, which means that residents are taxed on their worldwide income, whereas non-residents are only taxed on income earned in Uganda. The tax principles covered by the specific rules for petroleum activities are only created for upstream and midstream operations, whereas downstream businesses like petroleum distribution and sales to the general public are subject to the general income tax structure.

How important is local content in the Ugandan oil and gas sector?
The Ugandan upstream and midstream laws address these objectives by establishing several requirements that give preference to national goods and services. Where they are unavailable, a foreign company should enter into a joint venture with an approved Ugandan company, which should hold at least a 48% participating interest in the joint venture for the supply of required goods and services. There are no specific local content requirements for downstream activities in Uganda, and the regulations merely require every licensee to have a Ugandan address where communications can be made, as well as records that must be supplied to the commissioner.
To avoid the “Dutch disease,” the government of Uganda must develop mechanisms that allow Ugandans to tap into opportunities to supply goods and services and labour and to manage projects within the country. Economic issues such as the Dutch disease are caused by a country’s failure to integrate natural resource extraction with other sectors of the economy, as well as people’s lack of engagement in the exploitation and use of natural resources. This severely limits the trickle-down impact of a resource like oil, resulting in negative economic repercussions. To benefit the country as a whole, strict macroeconomic and microeconomic measures will be required to allow the economy to survive the negative impacts that petroleum may have on it.

How competitive are Uganda’s business legal frameworks within the East African region?
Uganda has been ranked East Africa’s most attractive country for foreign investment, according to the Absa Africa Financial Markets Index 2021. According to this index, Uganda was ranked 10th on the continent, enabling it to overtake Kenya as the best destination for foreign investment in East Africa. Kenya slumped to 11th position on the continent while Tanzania and Rwanda both dropped by one position to 13th and 14th respectively.
Uganda’s rapidly rising middle-income domestic market has created an exceptionally competitive investment climate. We have a thriving economy that grows at over 5% yearly on average, as well as liberal economic and foreign exchange regulations. Firms in the export-oriented industry can also take advantage of a 10-year tax break and several prospects for co-operation with domestic investors. Uganda’s oil, gas and minerals provide considerable investment prospects, especially as Uganda spends over USD 13 billion yearly on mineral-based products that may be produced domestically.

Since independence 60 years ago, which have been the key achievements in terms of the business atmosphere in Uganda?
The country’s stable environment allows for opportunities such as geoscientific surveys and studies for exploration, drilling and related services; joint ventures and farm arrangements with companies that already have licences; investments in emerging infrastructure; and the provision of goods and services for ancillary sectors.
Uganda’s commercial operating environment permits complete repatriation of earnings after payment of necessary taxes, which is particularly appealing given the economy’s predicted recovery following the recent signing of the final investment decision in the oil industry. Our non-discriminatory tax laws, enhanced regulatory and licencing regimes, and youthful and energetic population make Uganda a desirable location for oil and gas investment, an accomplishment that can be attributed to our steady progress.