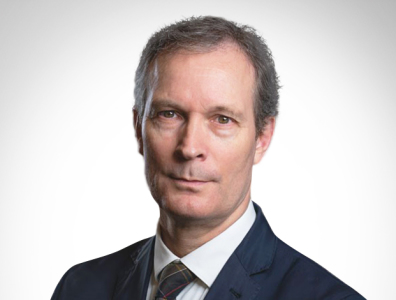 When the industry is guided by market principles, it tends to function most efficiently.

Stephen Birrell, president of the Romanian Petroleum Exploration and Production Companies Association (ROPEPCA), talks to The Energy Year about recent developments in Romania’s upstream sector and legislative framework. ROPEPCA is the representative platform for the upstream sector in Romania, established as a common voice for companies and aiming to enhance awareness of the sector’s importance.

How has ROPEPCA’s mandate and contribution to the state evolved throughout the years?
We are the upstream oil and gas association of Romania and our members hold a number of licence agreements across the country. Between 2014 and 2019, our members invested more than EUR 5 billion in Romania, which is equal to about 6.5% of Romania’s total foreign direct investment and 10% of the annual state budget during that period. Our members were also responsible for creating more than 15,000 jobs during these five years, which is quite considerable.
Every dollar, euro or lei our members invest into the country has about three and a half times greater benefit for the state. We have 11 petroleum agreement title holders and six supporting members. In addition to title holders, who are producers and explorers, we also represent services companies and equipment providers.
What we seek to do at a high level is to be a single, non-partisan voice for our members and the sector as a whole. What that means is engaging with public and private stakeholders to improve the regulatory framework and the landscape of the business in general. Oftentimes, we become a mediator between the companies and the state. Other times we engage with the media to get messages out for the sector. We advocate a fair and stable fiscal regime and a solid and predictable legal framework within which the sector can operate and we represent the long-term view of our members in these areas.
With the Romanian legislative framework being highly unpredictable and the political scene being unstable, we managed to create, last year, an industry white paper, designed to show our long-term view on how the industry could be developed through improvements in relevant legislation. Given the Covid-19 crisis, we didn’t manage to launch it this year, as planned, but we are using the white paper as a stepping stone in our advocacy actions.

What progress has Romania made towards a stable, predictable and fair legislative framework for its energy industry?
From independent research, I was surprised to find out that, within six months, the country has enacted 1,506 normative acts, 354 laws, 18 government ordinances, 140 emergency ordinances, 1,029 government resolutions and about 169 modifications to its fiscal code. These numbers do not represent a stable and predictable legislative framework.
We have been actively advocating for free and liberalised market principles, where prices are set by the market. History and examples from other countries inform you that when the industry is guided by market principles, it tends to function most efficiently.
Romania has recently achieved full price liberalisation for the gas market. It is an important milestone, but deregulating the gas price is only the first step towards a functional and competitive gas market. The country now offers a much more business-friendly environment and we continue to advocate for the immediate and permanent liberalisation of the gas market.
Romania wants to develop a liquid gas market and we have been actively working with the Romanian Energy Regulatory Authority (ANRE) to achieve that. We carried out a number of specific studies with specialised research companies that have shown how productive our industry is and how important its contribution is to the country’s economy and taxation system.
Oil and gas are important in Romania; it is one of the oldest oil industries in the world and some amazing discoveries have been made offshore in the Black Sea. Everybody knows that gas has immense potential in the country but not everyone is familiar with its positive contribution to the economy as a whole.

How do you view emergency ordinance GEO 114/2018 on natural gas development? What impact will removing the price cap for producers have on the gas industry?
The liberalisation of the natural gas market through the removal of the capped price is a huge step forward for the Romanian market, long awaited by market participants and existing and potential investors in the gas industry.
Looking at how the Covid-19 crisis has impacted our industry, oil prices decreased from an average of USD 65 per barrel to less than USD 20 per barrel. Gas is priced differently, but we have also seen on average a 19% drop in natural gas pricing in Romania. Overall, Covid-19 has had a major revenue impact for all our members.
Operationally, having to produce energy in an environment where many businesses have to shut down while others rely on gas coming through the pipeline to be able to operate is extremely difficult. Recovering from Covid-19 and making sure our industry is shaped to deal with a low-price oil and gas environment is one of the greatest challenges we have ever faced.
Additionally, an important bottleneck for gas anywhere is the existing infrastructure, whether gas is distributed locally, regionally or internationally. Romania’s gas infrastructure network is quite well established and the government – through its energy policy – is planning on expanding connections and flow capacity locally and regionally, whether that be across Hungary, further up north to Moldova or south into Bulgaria. We support the Romanian state in continuing to invest and develop policy for better infrastructure.

How important is the white paper developed by ROPEPCA to promote amendments to the country’s Petroleum Law?
The white paper we prepared lays out the roadmap to stimulate the economy, highlights the main challenges our industry confronts and proposes solutions to deal with such challenges through simple amendments in existing primary or secondary legislation. The most important and necessary amendments are those required of the Petroleum Law. We engaged with various public and public stakeholders to promote amendments to the Petroleum Law.
When new laws are sent out for consultation, we analyse and provide feedback as to how those laws can be implemented in a better way. It’s long been understood that there have been issues in Romania when it comes to accessing land for oil and gas companies. We have been able to address that through productive dialogue.
Data is another big issue; it’s everything to the industry, especially for those involved in exploration. In Romania’s oil and gas industry, data is still classified, making it very difficult for operators and services companies to work as they find themselves unable get access to good quality data. We are trying to improve data access, this has increased in importance as we see the huge move towards digitalisation and data being held “in the cloud.” Big data in oil and gas requires that data classification is rolled back. We support revising secondary legislation related to data access in the sense of declassification and digitalisation of petroleum data.
When we talk to the government about data classification, we are not seeking to open up the filing cabinet for everyone to look at, but it’s important that people with expertise and the petroleum agreement titleholders are able to access the data they need to bid and do their job properly. That’s one of the items we are promoting in terms of the modernising the legislative framework.
The government seems to agree with our position and realise that the success of oil and gas operations relies on good data and access to it. However, their challenge is to make sure that declassifying data synchronises with every other aspect of the common government and industry objectives. There are a lot of stakeholders in this process that we have to deal with and their task is quite immense. They all appreciate the benefits of digitalisation and how data can be used to improve upstream oil and gas operations. We need to wait and see what the next steps will be.

What trends will be shaping the industry for onshore operators in the country?
Liquidity and M&A transactions are the lifeblood of the oil and gas sector globally. Whether you are in a boom or bust, transactions will keep happening because it’s a way to attract capital and diversify businesses. I don’t think that the current industry landscape will accelerate these moves. In this current climate – marked by low oil and gas prices and the novel coronavirus – if a business believes that merging with another business that’s dying is the way to survive, that’s not going to work.
In Romania specifically, you already have quite a number of powerful business initiatives that seek to broaden ownership. We expect the 11th licensing to soon be launched and it is a great way for the government to introduce new licences, reshape the operational landscape and attract new investors to the country. On the other hand, it is a great opportunity for operators to refresh their existing portfolio of assets.
I should also mention that there are currently opportunities for newcomers to invest in mature assets, which are being divested by large titleholders in the country who no longer see them as being economical. In this regard new, leaner and more efficient industry players, with fresh capital and new ideas, can bring changes to the current market state.
I don’t actually think the current economic situation will accelerate or decelerate M&A activity. What it will do is clean up the industry’s ecosystem. As always, the strongest will survive, while the weak companies may disappear or be forced to change to become profitable businesses again.

How do you see the Romanian government’s plan to relaunch the economy, for the period 2020-2025, by investing EUR 12.5 billion in the energy system?
Public investment in the energy system is important. The European Union has identified that they need to support the infrastructure of their member countries, which means building roads, gas infrastructure, power lines and promoting renewables because of the European Green Deal, which requires a decarbonisation and aims at making Europe carbon-neutral by 2050.
When you look at Romania’s carbon footprint and its primary resources, coal still has a contribution of 24% to the country’s electricity production, followed by hydrocarbons (16%), and the remainder is split between nuclear, hydro, solar and biomass. Investment is needed across all of these areas.
We need to look at how we can use gas as a transition fuel and reduce dependence on coal. We can apply carbon capture schemes to decarbonise the coal sector. Romania has tremendous potential in gas production with huge amounts of onshore and offshore reserves waiting to be discovered or developed. Some of it is already on its way.
Gas has long been considered to be a transition fuel. Whenever you set huge goals like the ones set by the Green Deal, you have to take baby steps: decarbonise coal and start using more gas as a transition fuel to generate income, stop burning wood, then move on to nuclear – that may not be considered as renewable, but it’s incredibly clean and if it is produced properly, it’s incredibly safe. Hydropower is also a tremendous opportunity for Romania. Romania has a unique opportunity to invest in infrastructure, transportation of gas across its land, decarbonisation and, ultimately, renewables.
Public investment in the energy system is important and goes hand in hand with private investment for the development of the overall energy landscape. In order for this development to be achieved, private investment also needs to be stimulated through the amendment of the relevant fiscal and operational legal framework, as shown in our resilience package, and through creating investment opportunities for companies interested in operating in Romania.