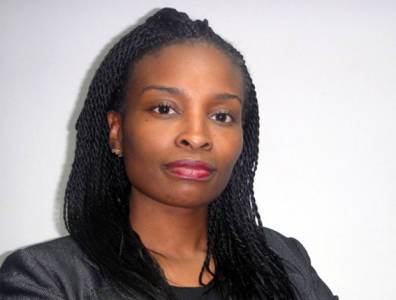 Only a few independent companies in the market that have a good asset footprint, are cash rich and are looking for opportunities to diversify their portfolio.

FBN Capital’s vice-president and head of energy and natural resources Rolake Akinkugbe discusses the short- and medium-term outlook of West Africa’s offshore oil and gas industry. FBN Capital is an investment bank and asset management company with clients at all levels of the value chain in Nigeria’s oil and gas industry.

The future of upstream activity in West Africa’s offshore is tied to a host of market- and company-driven factors that will reshape the industry. In the years leading to 2015, there has been a surge in activity and enthusiasm in the potential of offshore oil and gas reserves in West Africa and the Gulf of Guinea.

In 2015, there will be changing levels of activity in the short and medium term as low oil prices and market cycles exert pressure on companies. However, depending on the size and scope of a company and the health of its income statement and balance sheet, the impact on oil prices will be varied and in some cases may be a blessing in disguise.

BOOM AND BUST: The exploration business is the primary area in the West African value chain that will be affected by low oil prices. Exploration is hugely capital intensive and carries a greater risk than any other part of the industry. The last boom in exploration occurred in the mid-2000s, with the rush into the West Africa transfer margin and offshore discoveries in Ghana. The cycle was led by a handful of – mostly independent – companies that in the 1980s and 1990s had invested significantly in exploration technology.

With this momentum and a surge in excitement over the region’s potential, medium-sized companies such as the US’ Anadarko and Hess and UK-based Tullow implemented exploration programmes when commodity prices were rising and breakeven prices were gradually being shattered across the world. Company-specific factors, including research and development in key technology and strong risk-appetites, within a favourable market, formed an environment ripe for exploration activity.

For each additional barrel of oil produced, a company aims to raise its exploration budget and capital expenditures in order to maintain the reserves-to-production ratio at a certain level. The downturn in oil prices will not lead to a halt in exploration. Instead companies will be more selective in deciding which assets to pursue.

Once discoveries have been made, the threshold profit margin for meeting investment approval, which can be impacted by investment cost, asset scope and reservoir characteristics, will probably rise as a result of low oil prices, as per unit revenues will be lower.

ISOLATED EXAMPLE: While foreign independents and juniors have largely driven frontier exploration in the region since the mid-2000s, international oil companies such as Shell, ExxonMobil and Chevron Nigeria have remained somewhat isolated from this trend.

They have led exploration in established producing nations, such as Nigeria, and their more diversified footprints and limited requirement for external funding have helped them weather commodity cycles much better, while smaller independents’ have less to leverage and therefore are more vulnerable. Still, in recent years, these international oil companies have gradually shifted their focus to more complex terrains, as seen through onshore divestment in Nigeria, where interests are now being consolidated offshore.

SURVIVAL OF THE FITTEST: Assets that were purchased during the industry’s upcycle will be most heavily impact by low oil prices. For Nigerian companies that have taken on significant debt at heavy interest rates, parcelling out more equity than envisioned may be necessary to stay afloat. This is particularly relevant for non-producing marginal field operators that have licences on the cusp of being revoked.

While 30 fields were licensed in 2003, less than 10 have gone on to produce as of 2015. Some of these will need to de-risk completely and optimise production where possible. Attention will also be directed at improving corporate governance and transparency, in order to attract investors, even as they take advantage of local content opportunities.

While technical capacity is important, no business can function without capital. A buyer’s market has emerged. Only a few independent companies in the market that have a good asset footprint, are cash rich and are looking for opportunities to diversify their portfolio.

Private equity that has played a huge role in investment in West African offshore exploration may taper out, as disappointing investments in countries such as Ghana and Uganda – where anticipated exit investments of two-three years were not achieved – have made private equity players more conservative in their investments throughout the region.