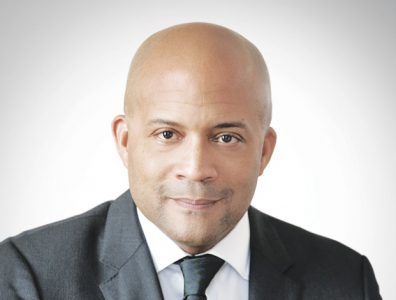 In addition to these prospects, we see an opportunity for Angola to re-evaluate the potential of its gas reserves. Exploratory studies of the Kwanza South and Benguela basins have shown significant accumulations of trapped gas.

BP Angola regional president Darryl Willis explains the importance of smaller fields as well as turning towards natural gas production at a time of low oil prices. To date, BP Angola has invested roughly $27 billion in the local oil and gas market and plans to continue to invest over the next decade.

For the first time in more than two decades, the Angolan oil and gas market is contracting due to the dramatic decrease in global oil prices. The per-barrel price of oil has declined by more than 50 percent from its $115 levels in mid-2014.
Oil and gas players in Angola are now re-evaluating their business strategies in a market characterised by highly cost-intensive offshore exploration and production activities. The industry as a whole is grappling with the new price reality, which has rendered most of the existing project plans uneconomic.

CAUSE AND EFFECT: The concessionaire, Sonangol, along with the operators and contractors must determine how to operate in an environment characterised by a much-altered economic framework. Offshore collaboration among oil majors and oilfield services providers is key. The first step should be for operators to carefully examine existing operations to see whether sufficient technology is being applied in order to cut costs and improve productivity.
Contractors and operators must find common ground, as the collaboration terms set up in the previous $100-per-barrel price environment are no longer economically viable. Industry operators need to foster an environment of innovation and creativity. The industry must look beyond its current operational framework and think outside of the box.
So far, giant fields with reserves in excess of 300 million barrels of oil equivalent have attracted most of the industry’s attention. Sonangol and industry operators should analyse the feasibility of developing smaller hydrocarbons plays (marginal fields) with reserves of 50 million-100 million barrels of oil equivalent. While some smaller fields have already been discovered, very little has been done to exploit their capacities fully.

RESERVES GALORE: The volume of Angolan hydrocarbons reserves is significant. Known offshore deepwater marginal fields in blocks 15, 17, 18 and 31 offer much potential for the future of the industry. At the moment, they sit outside of the ongoing developments. It is vital that Angola put these oil and gas assets into the current production system. There are still sizeable hydrocarbons batches that need to be developed.
In addition to these prospects, we see an opportunity for Angola to re-evaluate the potential of its gas reserves. Exploratory studies of the Kwanza South and Benguela basins have shown significant accumulations of trapped gas. However, the contracting scheme regulating the exploration and utilisation of natural gas in Angola does not currently provide a framework for operators to monetise the available gas reserves.
Over the past five years, the country has tried to replicate the success of the Congo Basin in the southern provinces. However, a much larger quantity of gas has been discovered compared to oil. By the end of this decade, Angolan hydrocarbons production may transition towards a higher inclusion of associated natural gas. This represents a challenge for the industry, given that the focus to date has been primarily on oil production

BANKING ON GAS: The development of Angola’s natural gas potential is linked to the country’s ability to process the resource. The Angolan LNG plant project has gathered together some of the most influential oil and gas players in the country such as Sonangol, Chevron, BP, Total and Italy’s Eni. With the potential to deliver 5.2 million tonnes of LNG per year, the Soyo-based facility holds greater promise for the development of Angola’s offshore gas resources.
After the technical problems experienced over the last two years, the plant is expected to resume full operability by mid-2016. The facility has a critical role to play in the country’s infrastructure. However there is a question of whether new facilities will be added to the Angola LNG project. Offshore operations are currently flaring large quantities of associated gas that could be sent into processing plants and monetised, providing the country with much needed revenues. The country should set up infrastructure to exploit its gas potential, as it has an excess of gas, a resource that should not be wasted.
Angola is a very interesting hydrocarbons market. Few, if any, countries in sub-Saharan Africa show an equal potential for growth. Despite the current downturn in oil prices and the recent expansion of the US shale oil and gas, the future for Angola’s oil and gas industry looks bright enough to keep attracting major international players for many years to come.

For more news and features about Angola, click here.