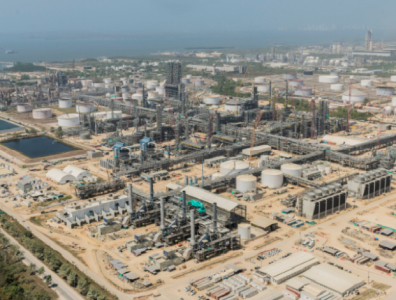 By 2025 Colombian local company Petroleos del Llano also known as Llanopetrol will be processing 260,000 barrels of heavy crude per day in its planned refinery, potentially reducing gasoline and diesel imports at a national level.

Llanopetrol, a company majority-owned by the government of the Meta department, an administrative division of Colombia, is targeting an initial capacity of 40,000 barrels a day when refining starts at the end of 2015. Colombia’s National Environmental Licensing Authority (ANLA) awarded a license in May 2014 for the project.

Llanopetrol general manager Ricardo Rodríguez Henao said, “The government of the Meta department was convinced it was necessary to create a refinery, which would improve the lives of the inhabitants by adding value to the production process of extracting oil in Meta.”

The refinery will be built outside of Villavicencio, the Meta department’s capital, and construction is expected to start in the first quarter of 2015. Llanopetrol was established with the main purpose of supporting all commercial and industrial activities related to the construction, implementation and operation of the Meta refinery. Colombia currently has two operating refineries in Cartagena and Barrancabermeja, both owned by Colombia’s largest oil company Ecopetrol.

“The only way to benefit from the raw resources we have in Colombia is to transform them into something valuable,” Henao told TOGY. “If you have a large farm with many acres of grassland, you want to eventually have your own cattle as well. The Meta department is our farm and the refinery will be our cattle,” he said.

TREAT CRUDE: The refinery will concentrate on treating heavy crude, between 9 degrees and 10 degrees API. “There is a scarcity of heavy crude processing capacity in the world, which will give us a distinct advantage in competing internationally,” Henao said. There are also plans to have an asphalt, a fertiliser and a lubricants plant on site.

Ecopetrol will supply crude to the refinery although the volumes are yet to be decided. The Meta department is Colombia’s top oil-producing region, constituting 51 percent of the country’s total production capacity.