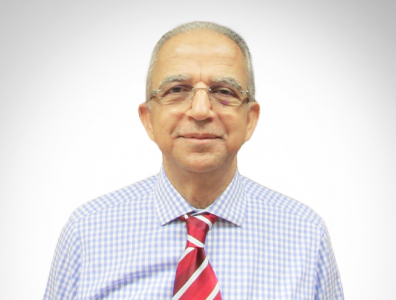 “The potential for solar energy in Kuwait is very high.”

The solar energy scene in Kuwait

Jamal Chaaraoui, managing partner of Quality Power Co. for Renewable Energy, talks to The Energy Year about the company’s latest developments and projects, the Kuwaiti solar energy scene and the players fostering the solar energy sector. Quality Power is an electrical power generation and distribution company with 30 years of experience in the Middle East.

What have been the latest key developments for the company?
We are the leader in Kuwait in terms of solar energy solutions. We executed the first project for the buildings of the Ministry of Electricity & Water & Renewable Energy and the Ministry of Public Work in 2017. We expanded after that and became very popular. We were involved in many projects, but competition became very tough. Still, we managed to win a very reputable contract for water conservation with the Kuwait Foundation for the Advancement of Science, KFAS. For this project, we installed water conservation devices in 5,000 houses across Kuwait. That has been our main project for the past three years.
At the moment, we are pricing a few projects, with at least one of them being between 1.5 and 2 MW in size. That project will be for the Kuwait Oil Tanker Company. We have another three projects ranging between 50 and 100 kW in size because now it’s mandatory for all new construction projects in Kuwait to include a solar power system, regardless of whether a project is private or governmental.
We are happy to showcase our experience – it gives us great confidence in the bidding and execution phases of projects.

What is expected in the solar energy arena in the coming months and years?
It was decided more than 10 years ago that Kuwait should have 20% of its electricity production from renewable sources by 2025. Unfortunately, the country won’t be able to reach this target. However, now we see that the wheel has begun moving. The potential for solar energy is very high, at least for the coming 10-15 years.
The next phases of the Shagaya project are going to begin soon, and this project will be very large. Single companies won’t be able to develop it on their own. At least 10 or more companies will be involved in this project because this project will be a PPA, a power purchase agreement. It’s not a standard project where you have three or four weeks to finish and then you operate. The contractor or the investor has to finish as soon as possible so that they can earn money.
Of course, they will try to employ as many qualified contractors as possible so that they finish quickly. For a project of this size – we’re talking about 1,500 MW – you need a minimum of two years to finish. However, if you manage it well, and if you divide the work cleverly, then you can finish it in one year. In one year, it can be up and running.

Who are the key players fostering renewable energy projects in Kuwait?
The main player in Kuwait pushing for solar projects and for electricity generation in general is the Ministry of Electricity & Water & Renewable Energy. The second key player is the Kuwait Petroleum Company, KPC, and its upstream and downstream subsidiaries, KOC and KNPC. They own large stretches of land, they are a main consumer of electricity in Kuwait, and they have the funding. The main issue with solar is that you need a large area of land. Whoever has a large area can produce electricity.

How have solar project costs evolved?
The project we executed for the Ministry of Electricity & Water & Renewable Energy was a 1-MW size project and cost around KD 1.2 million [USD 3.87 million]. Now prices have dropped. If you want to build a 1-MW project now, it will cost around KWD 600,000 [USD 1.95 million]. Still, we are talking about a good amount, unlike 30-, 50- or 100-kW projects, which all cost less than KWD 100,000 [USD 322,219]. Sometimes, for me, it’s better to work on a 200-MW project only instead of working on 10 different smaller projects. It’s more efficient, and it’s more financially sound. You’ll be able to manage it better, and the profit will be better. For these reasons, we’re trying to focus on large projects.