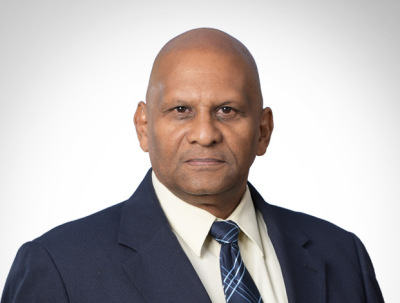 Keeping the sector alive and profitable is in the nation’s interest and it therefore becomes a primary business objective for NGC.

Conrad Enill, chairman of the NGC Group of Companies, talks to The Energy Year about NGC’s role as an aggregator, opportunities arising for the company in Africa and the expected long-term impact of the Covid-19 pandemic. Established in 1975, state-owned NGC aggregates and distributes the country’s gas resources.

What does it mean for NGC to be the aggregator in Trinidad and Tobago’s gas sector and how does the company work in collaboration with the industry?
NGC’s role as aggregator of domestic gas is often underestimated but it is an extremely critical service in the gas value chain, even more so today as supply sources become depleted. Through its contracts with all the major upstream suppliers, NGC purchases and pools or aggregates gas for processing and distribution to its customers. Aggregation allows the company to offset shortfalls from any one producer with supply from another. In this way, downstream customers are protected from supply disruptions.
NGC also works closely with producers to bring more gas into the system and bolster supply. NGC is directly participating in exploration and production (E&P) through non-operated joint venture investments in offshore blocks. Currently, the company is partnered with Perenco in the TSP Block, BHP Billiton in Block 3(a), DeNovo in Block 1(a) and EOG Resources in the SECC Block.

Trinidad and Tobago has cancelled its deal with Venezuela to develop the Loran-Manatee gasfield. What are the implications for the stakeholders in the field, including NGC?
Discussions around Loran-Manatee began two decades ago, but little progress was made on the project for different reasons. In 2019, the decision was taken by the governments of both Trinidad and Tobago and Venezuela to independently pursue development of this cross-border field, with each country entitled to a predetermined share of gas from the field.
This development is actually a positive one for Trinidad and Tobago. Gas from this field can now be included in production forecasts and reserve estimates, which will provide a measure of certainty for supply in the medium term. The fact that we are no longer bound in a cross-border partnership means investment and production decisions can be taken faster, and development can be expedited.

How is NGC working with Shell and BP to ensure the continuity of Atlantic LNG?
As a shareholder in Atlantic LNG, NGC is working closely with all invested companies and the government of Trinidad and Tobago to arrive at a roadmap for ALNG’s future that serves the interest of all stakeholders. This process is ongoing.

Manufacturers have repeatedly raised concerns about job losses and finances stretched even thinner if NGC raises the gas prices it charges them. How is the company seeking to reassure manufacturers and reach an amicable solution?
The undeniable fact of the matter is that NGC’s costs to acquire gas have risen, which means that downstream customers now face higher rates. Unfortunately, downstream margins are further trimmed because gas-based products such as ammonia and methanol are fetching lower prices on international markets. The challenge that presents is how to balance purchase and sale prices for gas to achieve the best possible margins for all players.
NGC cannot sell gas for less than its acquisition cost, but past a certain price, downstream companies will not be able to convert their costs into profit. What NGC has done and will continue to do with new negotiations is seek optimum margins for both itself and customers. That is, instead of focusing on maximising its own take, NGC is trying to ensure that its pricing to customers allows them to also remain viable.
This strategy is based on an appreciation of the contribution of downstream companies to the country’s economy, in terms of both taxes and employment. Keeping the sector alive and profitable is in the nation’s interest and it therefore becomes a primary business objective for NGC.

Representatives of Ghana and Trinidad and Tobago have recently discussed energy industry collaboration. What opportunities may exist for NGC in Ghana and elsewhere in Africa?
The NGC Group has been courting business in Africa for many years, as new energy territories are emerging that have need of guidance from established players. For over a decade, the NGC Group has been hosting repeat visits and study tours from Mozambique, Ghana, Tanzania, Uganda, Nigeria, Gabon and Kenya. During the same period, teams from Trinidad and Tobago also visited countries in West and East Africa to learn about these emerging energy territories and offer general advice on policy development.
In 2011, a technical services agreement (TSA) was signed between NGC, National Energy and the Tanzania Petroleum Development Corporation (TPDC), under which the NGC Group provided technical support in negotiations for the country’s 532-kilometre gas pipeline and processing plant project, from Mtwara to Dar es Salaam. Dialogue with Tanzania was rekindled in 2017 following an NGC Group visit to Africa, with discussions turning around new possibilities for supporting the TPDC and Tanzania’s energy development agenda.
In 2018, a partnership was cemented with Mozambique with the signing of a TSA which will see NGC providing technical support including advisory services for contract negotiation and development of gas sales agreements.
In Ghana, the NGC Group has been furthering talks with representatives of the Ghanaian government around opportunities in gas pipeline construction and management, gas processing and other prospects of mutual benefit to both Trinidad and Tobago and Ghana. Moreover, there is great interest in Trinidad and Tobago’s strong local content, and visiting Ghanaian delegates have expressed a desire for guidance on developing their own people to take leadership roles within their energy sector.

How will the long-term future of NGC be impacted by the global standstill that has been brought about by Covid-19?
The NGC Group is on a mission to internationalise its business footprint, seeking opportunities to enter new markets and broker new partnerships across the world. Naturally, the global lockdown will have temporarily suspended new business pursuits, as the focus of companies around the world is now on stabilisation rather than expansion. That said, there is opportunity in crisis. For example, the economic slowdown could open doors for mergers and acquisitions, which is an area that the group is actively exploring. On an organisational scale, the new normal compels us to innovate, which will make us stronger in the long term.

As chairman of NGC, what strategies do you have in place to guide the company through the post-Covid era?
Since I assumed chairmanship, I have seen the people of NGC achieve milestones, secure new business, make bold decisions, conclude difficult negotiations and generally overcome challenge after challenge. Resilience is a strength of this company, and a quality that will undoubtedly serve the organisation in the post-Covid era. I intend to help the company, and the wider NGC Group, leverage this and all their strengths, to emerge from this period as a more commanding energy brand. The key is to keep our eyes peeled for opportunities that may present and seize them when they do.