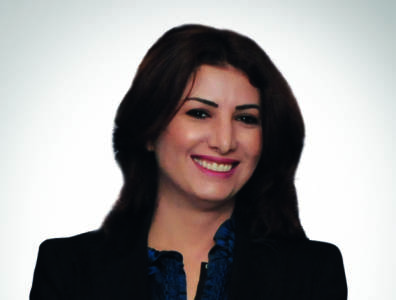 "The low oil prices have lead to increased opportunities for the expansion of activities related to EOR."

A chance to enhance

Has this period of low oil prices been a time of consolidation or has it presented opportunities for Riyada Group?
Of course there are challenges associated with the oil prices dropping to such low levels for such an extended period of time. That said, market shocks and market corrections always present opportunities. To speak generally, the low oil prices have lead to increased opportunities for the expansion of activities related to EOR. Traditionally in the Gulf region, leading oil and gas companies have been reluctant to, or uninterested in, employing EOR techniques to maximise their productivity. There was a lack of incentive. Low oil prices provide that incentive.

As companies are looking to maximise production, are they also cutting costs? Have companies been averse to adopting new techniques?
I think that there was a degree of caution, as investment has to be more closely analysed when revenue is down. However, there seems to be recognition that these techniques do not represent a risk, but are a tried and tested means to improve the cost effectiveness of oil and gas assets.
Enhanced oil recovery is an area in which Bahrain and Oman were ahead compared to the wider Gulf region. EOR techniques have been employed in Bahrain prior to this period of low oil prices. People have developed capabilities and expertise in this area and have probably even contributed to what we are seeing now, which is the wider acceptance of the need to incorporate EOR into all asset management.
Saudi Arabia, Kuwait and all the major producers in the region have either recently adopted EOR techniques or are in the process of evaluating technologies to integrate these practices. This interest in EOR certainly represents opportunities. It is an area in which Riyada Group has always been involved.

What is the significance of the energy-related projects currently underway or planned for in the near future?
The projects in the energy sector are vital to the Bahraini economy. At lot of them have been in the works for a long time, such as the Bapco refinery expansion.
Bahrain, while working to develop other aspects of its economy, such as tourism and light industry, needs to keep focussing on expanding activities downstream, and also to ensure energy-intensive heavy industry continues to grow. The energy minister has presented clear road maps regarding what he wants to achieve and the timeframe in which he plans to execute these projects, which is a real positive.

Some of these projects have been anticipated for a number of years now. How will timing impact these projects in relation to drastic changes in the oil price?
Well, first we should recognise that the length of time is not necessarily by design. With projects of this magnitude, there are so many factors in play that they take time to prepare. Take the rerouting of the A-B Pipeline, for example, a project that has been worked on by relevant parties for a while now. It involves a bilateral decision that at least in principle has to be reached between the Saudi and Bahraini governments. Another separate detail agreement and plan of execution must be reached between Saudi Aramco and Bapco. Such agreements and multi-party communications simply take time.
That said, we can still assess how the current situation might impact the various projects the government has planned. In certain respects, it will represent an advantage as the cost of a number of commodities and services relevant to such projects are currently quite low. Steel in particular was recently available at historically low prices, and even though the price of steel has increased recently it is still significantly lower than it has been. Sub-contractors are willing to accept tighter margins due to the fact that there are less energy-related projects available, globally.
These advantages will be offset by the increased cost of accessing capital on international markets to fund projects in Bahrain, though. The sovereign credit rating of Bahrain, along with a number of countries in the region, has been downgraded this year.

Is this the result of the government’s determination to pursue the economic strategy of counter-cyclical investment, despite a prevailing international orthodoxy that promotes a more austere financial approach to economic downturns?
I think it might be a step too far to assume a direct causal relationship. I do think it is fair to say that the downgrading of Bahrain’s credit rating cannot be justified by sound financial reasoning. You just have to look at the GDP-to-debt ratio to see that in comparison to other countries around the world, Bahrain is not overburdened or even remotely likely to default on existing debt. But the limited number of leading global credit rating agencies hold such a sway that the two or three available ratings have substantial financial implications. As a result of these downgrades and depending on how they are financed, the planned energy-related infrastructural projects, such as the Bapco modernisation, the Banagas expansion and others, may be more expensive than they would have been otherwise.
Gulf countries are not the first to take umbrage with ratings issued by these private institutions. We have recently seen China and Russia set up their own credit rating agencies, as they do not feel that they are fairly assessed by existing global agencies. I think that this is a path that Gulf countries should explore. I think a Gulf credit rating agency would be a beneficial asset to the region.

How can Bahrain best utilise its strategic location in such a hydrocarbons-rich region to further develop its economy?
We need to focus on the downstream sector. I think the government is taking the correct approach; by expanding the A-B pipeline we can import high amounts of crude oil from Saudi Arabia, which will then be fed into an expanded and modernised Bapco refining facility.
The question then becomes how many sectors can we develop from the petroleum industry. There are plans to vastly expand the petrochemicals industry, and this is exactly what needs to happen. We must maximise the value chain that extends downwards from the oil and gas production industry, from downstream to petrochemicals and heavy industry. Expansion and growth in these sectors can then be used to promote softer industries and achieve the level of diversification that Bahrain has been aiming for.
Bahrain has already said that it can leverage its strategic location by building an advanced banking sector. This sector has undergone significant reforms since the global financial crisis. The CBB [Central Bank of Bahrain] was instrumental in ushering in reforms that have made the banking sector more robust. Although this transition took time and dampened sector activity and growth for a number of years, it has laid the foundation for the banking sector to again be one of the key drivers of the Bahraini economy and to play a regional role.
It is also a positive that, apart from building on the downstream sector, the government is looking to develop Bahrain’s upstream industry. For example, if we were to look at the offshore sector, the National Oil & Gas Authority reorganised the oil and gas blocks, in order to make the prospect of investment more attractive to international and independent oil companies to come in and start new exploration activities.