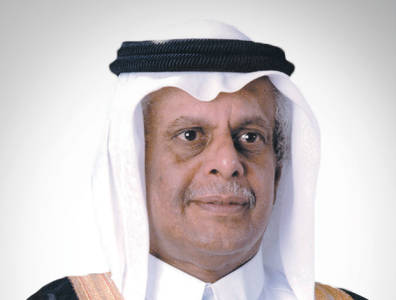 "Qatar is located halfway between Europe and Asia, enabling it to contribute to the long-term energy demands of both regions."

Adapting to a volatile market

Abdullah bin Hamad Al Attiyah, chairman of the Al Attiyah Foundation for Energy & Sustainable Development, talks to TOGY about Qatar’s LNG market and how the country has reacted to fluctuations in the oil and gas industry through diversification. Al Attiyah, former Minister of Energy and Industry and managing director of state-owned Qatar Petroleum, set up the foundation in 2015.

How has the Qatar become the largest LNG producer and exporter in the world?
In 1992, Qatar was a minor oil-producing state and one of the smallest in OPEC, producing about 350,000 barrels of oil per day. That year, the price of oil averaged $19.3 per barrel.
These were challenging times for the global energy industry. It was at this time when we made the decision to ramp up the development of our natural gas production, which is based on resources in the North Field, the largest non-associated gasfield in the world. The North Field holds almost all of Qatar’s total gas reserves of 24.5 tcm (865 tcf).
The ambitious progress of our LNG industry necessitated the development of cutting edge technology and large capital expenditures. This approach paid off. Japanese utilities provider Chubu Electric Power signed a long-term LNG sale-and-purchase contract as Qatar’s first customer in 1992. Companies in South Korea, China, India, Thailand, Spain, the UK and Belgium followed suit, securing long-term demand for Qatar’s LNG production.
Since then, the country has been able to bring 14 LNG trains on line, with a combined production capacity of 76.4 million tonnes per year. Qatar as a country has mastered the entire LNG value chain, from extraction to liquefaction, and marketing of the production. Nakilat, a Qatari gas transportation company, boasts the largest LNG fleet in the world, with 61 vessels. The company delivers LNG from Qatar to markets around the world.

How has Qatar diversified its production to extract value from its hydrocarbons reserves?
Qatar has been able to attain value from its oil reserves, which are estimated to be around 25.1 billion barrels. The country now produces about 700,000 barrels of oil per day and the necessary investments are being made to sustain this level of production. With 1.3 million barrels of oil equivalent of natural gas liquids produced every day, the country’s total liquid production averages 2 million barrels per day.
Qatar has diversified its hydrocarbons industry by becoming the largest producer of gas-to-liquids in the world. The Pearl and Oryx plants have a combined production capacity of around 170,000 barrels per day, along with additional production of LPG and condensates.
Qatari natural gas contains relatively large quantities of helium, which must be separated. We are the second-largest producer of helium and the first exporter worldwide. We have further expanded downstream, using our natural gas to produce electricity for the country and develop a solid petrochemicals sector.

In what ways can Qatar build on experience to further develop its energy industry?
The country has already accomplished the necessary infrastructure, experience and know-how across all sectors of the energy industry, paving the way for future developments.
Qatar has developed its own model for the hydrocarbons industry under the leadership of the Ministry of Energy and Industry and state-owned Qatar Petroleum, and with the support of major international oil companies.
Mohammed bin Saleh Al Sada, Minister of Energy and Industry, and Saad Sherida Al Kaabi, president and CEO of Qatar Petroleum, will continue to drive the Qatari industry forward and position the country as a major global provider of hydrocarbons. Qatar is located halfway between Europe and Asia, enabling it to contribute to the long-term energy demands of both regions.

How have changes in the global hydrocarbons industry impacted Qatar, particularly in light of the downturn in oil prices?
Qatar can easily live with the price of oil below $60 per barrel and with lower natural gas prices. State revenues from the energy industry have always been invested wisely in the country’s economy to diversify the industry and away from it. The Qatar National Vision 2030 aims to find the balance between a hydrocarbons-based and a knowledge-based economy.
Commodity prices are cyclical, and industry players always adapt accordingly. We can forget about oil at $100 per barrel for the next decade and live with it as long as Qatar and the industry adapt to the new situation. The necessary steps have been taken, and the Qatari government has based its new budget on the price of oil being between $45-50.
This is a conservative estimate showing that Qatar is rationalising its expenses and concentrating on major projects that bring added value to the country. Qatar Petroleum has also gone through a period of change to adapt to the new market outlook, and I am confident that the right steps have been taken.

Qatar has been a member of OPEC since 1961. How has OPEC reacted to the changes in the oil industry during the last few years?
The fall of commodity prices is just a consequence of the changes in the energy industry at the global level. Over the past few years, the US has ramped up production to become a major producer of both oil and natural gas. The US has been able to do this by developing their unconventional resources.
The market has been flooded with additional production coming from existing and new players in North America as well as players in other parts of the world. At the same time, global economic growth slowed down, as did the demand for oil in major consuming countries such as China and India.
In the first quarter of 2015, global oil production averaged around 94.6 million barrels per day, while the demand was 93 million barrels per day in the same period. OPEC produced about 33 percent of the entire output.
The market share of the organisation is not what it used to be. OPEC has lost part of its ability to influence by being a swing producer. It now has no interest in cutting production. This is what OPEC did in the 1980s, a move that had resulted in losses in the market share, while prices did not pick up.

What are some potential challenges OPEC may face in the near future?
The background has changed as producers and consumers are more diverse, meaning that new producers will emerge. OPEC will remain a source of stability in global oil markets in this era of greater competition and will continue to play a major role in the dialogue between consumers and producers. OPEC members will continue managing and co-ordinating their levels of production.
Now that Iran may ramp up its oil production after nuclear negotiations led to the lifting of sanctions, the country might account for a greater share of OPEC’s output. This may be the organisation’s next challenge.
However, I believe that OPEC will be able to put politics aside and adapt to these changes in the hydrocarbons industry. Furthermore, Iran’s production will increase progressively and growing markets in Asia and elsewhere will absorb the country’s additional volumes.