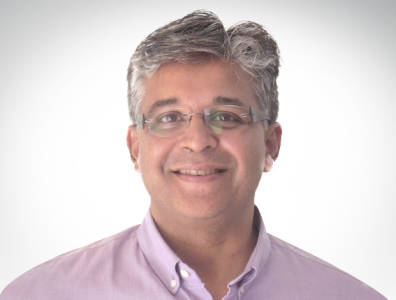 The demand in India is going to rise because we are a young, growing population, and the government is investing accordingly.

Average turn around for the company per year:500 towers

Kevin Shah, managing director of Kevin Enterprises, talks to TOGY about the mass transfer sector in India, current projects and how India’s government is fostering the hydrocarbons industry to become a major success. The firm works with plants building towers on a local and international scale.

How have you become one of Asia’s largest mass transfer companies?
We have been around for more than four decades which requires business acumen, determination, emotional stamina and a little bit of luck. Wherever our services are called for, be it refineries, fertilisers, petrochemicals, chemicals, gas, pharmaceuticals, breweries or any type of industry, we operate there – any place that has a distillation tower, absorption tower or a stripping tower.
Towers are typically made by mid- to large-sized companies and we make anything and everything that goes inside, from mist emulators at the very top, to feed devices, distributors, packing or trays and supports.
We had been in collaboration with an American company called Norton, which was one of the world leaders at the time. Eventually, the company was sold, but we had already absorbed its know-how and technology. Subsequently, we worked closely with customers and evolved even further. Today we cater to the industry on our own footing, and have even developed some new products of our own.
We have also worked very closely with Engineers India in New Delhi which has its own R&D department. We work with them because these products need to be tested by a third party.
We are actually a small company, with only around 100 employees at the office. At the shop, we maintain a credible workforce, some of whom have been with us over the decades. Depending on the project size, we also often sub-contract. This gives us immense flexibility as the industry is one which oscillates between feast and famine years, throwing up 200 to over 500 tower projects per year.
=Our customer base is not restricted to just India, we also service many companies overseas. A lot of our business comes from word of mouth from the end users, like the plant itself or even engineering and consultancy companies.
We work with extremely niche products. From the look and feel of it, we are a manufacturing company, but we are just as much an engineering, design and services company, though on a smaller scale.

What is the scope of your installations and maintenance services?
We either send our own crew to the site or sometimes just our experts who use the available local crew, since the equipment is very complicated and has to fit inside the tower. Once the equipment goes inside the tower, the tower is boxed up and the plant is commissioned, it cannot be halted and redone.
Thus, there are constant certifications, checks and inspections at every stage, from the raw material stage to in-process production to final assembly. Often when one supplies the product to the plant, it is certified again by the plant owner, the process licensor or third party inspectors. So there are multiple stages, multi-modal checks and control for the entire process. This makes business extremely intensive in terms of engineering, quality control and documentation.

How do you remain competitive in the Indian market?
Our main competitors include an American company and a Russian-Swiss company. In terms of market share, we are all almost on similar footing in terms of range of industries served or products offered.
The advantage however that my competitors have is that they also sell back to their parent companies in America and Switzerland. But generally speaking, sometimes we are more successful than them, and sometimes they are more successful than us. These are all project-based industries so it’s all about whose shop floor is crying out for how much work.
Attempting to predict this sector is very difficult. There are three reasons for this: the first is, it is heavily dependant on global commodity prices; the next is the domestic government’s policies towards the industry, in this instance it would be the Ministry of Petroleum and Natural Gas or the Ministry of Fertilizers and Chemicals; and finally customers will not always buy your product just because you want to sell them, even if the offerings are for free, because they will only purchase when their project schedule demands it – there is no impulse buying whatsoever.
Then there is the unplanned emergency purchase that comes about on an SOS basis during plant shutdown times, should they discover that due to the wear and tear some equipment or parts need replenishments or repairs.

What is your annual production capacity?
Whatever equipment we make, it is in terms of volume, not in terms of tonnage. The products we make are very thin, sometimes 0.1 mm – if I may say so, as thin as thick paper. Basically, we don’t tend to flex our muscles in terms of tonnages because the weight of our material is not significant.
We base our production on projects we do and in terms of the volume that we sell. Just to give you an idea, this year we closed with about 400 orders. Those 400 orders amounted to almost a thousand towers. One order includes multiple towers. For example, right now we have one single order for a dozen towers.

What has your company been working on for the past year?
We have just signed one of the biggest contract ever with one of largest fertilizer producing group. Theirs was a joint bid tender for all the plants combined. All of the sites wanted to move jointly into energy savings program and we were the successful bidder.
The other contracts are from a refinery in the Bharat Petroleum group. We are supplying huge quantity of equipment to them, to fill over 40 towers. The project is known as the Integrated Refinery Expansion Project (IREP), and that includes site installation work. The IREP project is worth a few million US dollars, although in our business we seldom talk in terms of dollar value due to the light weight of our equipment. We are also currently in discussion for some R&D work for developing some enhanced mass transfer products with Engineers India.

What can you say about the future of business, where will it come from and how are you preparing for it?
After the slowdown in the global economy and oil price tumble, we would be interested in business wherever it comes from. It could come from the North Pole for all we care; all business is welcomed. We are at the mercy of the global oil prices and we have to respond when the call comes.
I should add that we have started participating more aggressively in exhibitions around the world to make the international market becomes aware of our presence. We are appointing agents and trying to build a network. However, we still feel that in terms of manufacturing we would like to remain only in India and not build a plant elsewhere. We can always expand our plant here. In terms of manufacturing costs, the best bang for your buck is right here at home.
Going forward, most things that are going to happen in Asia anyway, particularly in India, our home ground.
In India, all major roadblocks are being removed for the hydrocarbons industry. The New Exploration Licensing Policy has been replaced with the Hydrocarbon Exploration and Licensing Policy, which will be a huge boost since it is industry friendly. In India, we almost know where all the oil and gas is. It was all held up in litigations and clearance issues.
We would like to assume that Reliance Industries, one of the biggest player here, is going to halt arbitration and begin producing. ONGC have already revised their capex investment upwards, which is a trend going in the opposite direction to the rest of the world. However, we are more in the downstream side, and greenfield investment is bound to come as a consequence.
The demand in India is going to rise because we are a young, growing population, and the government is investing accordingly. I feel that India is in a sweet spot. Although investment will definitely come to this country, keeping it environmentally friendly will be a challenge. The jump from BS 4 to BS 6 norms by the Modi government is evidence of a move in the right direction.

Where do you see Kevin Industries in the next few years?
First it is important to know where we are on the timeline of India’s progress. The fact that we’ve had the advantage of democracy, demand and demographics and yet remained somewhat defunct has been India’s proprietary oxymoron for quite some time. What has changed is that for the first time in 30 years, India has installed a monolithic pro-business government.
One of the key aspects of the Modi government is to push the Make in India campaign as much and as fast as possible.
This is being done in three ways. First, they are creating awareness and inviting players to participate in the new upcoming projects through high-intensity marketing of the country’s growing future requirements. Second, they are ramping up infrastructure like never before by reviving older projects stuck in our infamous red tape that are still viable by reforming and introducing business friendly procedures. And third, unlike China, from the first instance they have kept our mother earth in mind. The Ministry of Environment and Forests has been revamped to work with, and not against, the projects cleared by the other arm of same government. Obtaining multiple clearances under a single window has now become possible and is as transparent as it is prompt. All of this is very relevant to the hydrocarbons and allied industries where we operate, traditionally viewed as industries that add to environmental stress. We see our fate entwined in India’s destiny.