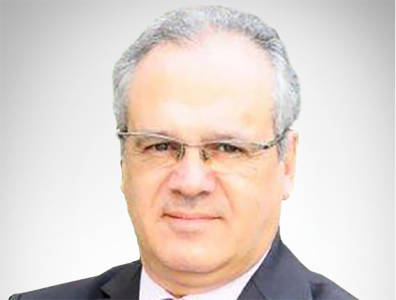 Angola must become again the great agricultural country it once was, in order to reduce its dependence on imports, on foreign currencies and oil production.

France and Angola: a positive partnership

TOGY talks to Sylvain Itté, French Ambassador to Angola, about the strong economic and cultural ties between the two countries, and his hopes for Angola’s continued growth and industrial diversification.

What have been the highlights for the embassy in 2016?
On the economic level, our main goal this year was to help French companies implanted in Angola to find solutions concerning their financial transfers out of the country. There is today a great lack of foreign currency (dollars more precisely) in Angola directly linked to the fall of the oil price. Moreover, our Commercial and Economic departments organised sectoral business events – with French and Angolan companies – throughout the year in the sectors of oil and gas, water and agriculture. The Embassy also closely followed the negotiations of important bilateral agreements such as the return of the AFD (Agence Française de Développement) in Angola and an institutional agreement concerning co-operation in the tourism sector, among others.
On other levels, the co-operation and cultural department worked on developing collaboration in the fields of education and training, offering for example scholarships in French universities to Angolan student. Also, the Alliance Française organised several cultural events such as concerts, expositions, seminars (Semaine de la Francophonie, etc.) to promote French cultural heritage.
I arrived in October [2016] in Angola as well as the new economic and commercial heads of departments.

How have economic and trade relations improved between Angola and France since ‘Angolagate’ and the Civil War?
Economic and trade relations between France and Angola are developing well now. The several meetings between the heads of states ([José Eduardo] Dos Santos and [Nicolas] Sarkozy in New York in 2007 and in Luanda in 2008, Dos Santos and [François] Hollande in Paris in 2014 and Luanda in 2015), have greatly contributed to consolidating friendships and cooperation between our two countries, as well as bilateral exchanges. Through their own commitment, the presidents expressed several times along the years the desire and the need for a renewed and ambitious partnership between our two countries.

There are around 70 French companies operating in Angola, including majors such as Total and Technip, and France has invested over USD 10 billion in Angola. How important is Angola to France?
Angola is one of the fastest growing countries in Africa and has the second highest GDP of Southern Africa. The key sectors of interest for French companies are oil and gas, industry, energy, IT, agriculture, logistics, the food industry, FMCG [fast-moving consumer goods] and health.
Our presence here is manifested through some 70 French companies and more than 30 companies created by French businessmen. French companies represent one of the largest foreign employers in the country – with more than 25,000 indirect jobs – after Portugal, and the third foreign investment stock right behind the US and China.
More than 85% of these investments are directed to the oil and gas sector (Technip, Sonamet, Ponticelli, CGG, Vallourec, Spie, etc.) and Total remains by far the largest French investor with annual investments in exploration and production in excess of USD 2.5 billion dollars on average. Since 2012, Total is the largest producer of crude in Angola, with 40% of the country’s production. The other investments are distributed among the sectors of logistics services (CMA-CGM, Bolloré and AMT Necotrans) and [the] drinks industry with Castel, one of the largest employers in the country with around 12,000 jobs, owning seven breweries, glass factories and being the local representative of Coca-Cola Company (they produce the national beers Cuca, Nocal and Eka). France is also present in the water sector with the arrival of [French transnational] Veolia and [French water treatment company] Suez in 2013.

How does the embassy help promote the interests of French companies in Angola day-to-day?
The Embassy is composed of an economic department and a commercial department (Business France), which are both in charge of supporting the French companies already present in Angola, promoting the opportunities of the Angolan market to French companies and encouraging Angolan investments in France.
Business France is a semi-private consulting agency driven by a result-oriented working culture. Its main mission is to offer consulting services to small and intermediate-sized French companies in order to help them understand the Angolan market and find adequate local partners. It’s also in charge of the international volunteers present in Angola.
The economic department, dependent of the French Ministry of Economy and Finance, is devoted to supporting the important French companies present in Angola (exports, French investments and public projects) and animating economic and trade relations between the two countries. The department makes macroeconomic, financial and sectoral studies, follows major projects and contracts and acts as an intermediary between the French administration and companies and the Angolan government.

In 2014, France was the ninth most important destination for Angolan exports – how has this figure changed since 2014?
According to INE (Instituto Nacional das Estatisticas) figures, France is Angola’s eighth supplier in 2015, with 3% of Angola’s total imports, but also the eighth recipient with French imports accounting for 5% of total Angolan sales.
In 2015, bilateral trade between France and Angola decreased by 12% to EUR 2.06 billion compared to 2014, particularly due to the decrease of our exports by 21%, which were directly impacted by the economic crisis and more precisely the difficulties of access to foreign currency. French imports reached EUR 1.45 billion in 2015, a decrease of 7.6% compared to 2014. Concentrated exclusively on the oil and gas sector (99.7%), our imports from Angola have suffered a decline in value but not really in volume (due to fall of the barrel price).

How can Angola encourage greater foreign investment?
There are many ways for Angola to encourage greater foreign investment but the most important is to ameliorate its business environment in order to make it more attractive and more beneficial to foreign companies. Some examples of points to improve are better transparency (more information on the market), easier access to visas and better incentives in private investment law (renewed in August 2015 but still not very attractive) but also the negotiation of new international and bilateral economic and trade agreements.
The main problem in Angola is currently the access to foreign currency, which affects directly the financial transfers out of Angola. It is the priority number one to put the economy back on track.

Angola is in need of economic diversification. How can the know-how of French companies help in this regard?
Indeed, to reduce its dependence on oil, Angola is finally trying to diversify its economy and has clearly prioritised agriculture and agro-industry. Despite an ideal climate and land for agriculture (which was very developed before the 40 years of war), the country currently imports more than 80% of its food needs, a situation that it can no longer afford with the problems of payments abroad. France has considerable expertise in all aspects of the agri-food and livestock industries and is ready to co-operate with Angola by offering its know-how and technical assistance to redevelop this sector.

What is your economic and political outlook for Angola’s future?
Angola is a country with an extremely promising future: it has a very young population, it has a lot of natural resources, in particular agricultural soils, and it has a strong administrative backbone. I truly believe in this country.
On the economic level, Angola’s GDP is ranked third in Africa. I am sure that further steps will be taken to strengthen this position. Diversification of the Angolan economy is an absolute necessity. We must help Angola to achieve this goal and I see no reason why it could not progress further. Oil is a good source of revenue but it cannot be the only one, it is too risky and unsustainable. Angola must become again the great agricultural country it once was, in order to reduce its dependence on imports, on foreign currencies and oil production.
French companies are very keen to participate in this movement. They have a long track record of investment in this country and will be glad to invest further. We are very keen to continue our discussions with the Angolan government so that the business environment can be enhanced.
On the financial level, measures have been taken by the government and the central bank recently. One of the main results was the exit of the FATF [Financial Action Task Force] blacklist in February 2016. We hope that more will be done regarding the improvement of governance, compliance to international rules and more generally on improving the business environment.
On the political level, the next general elections will be held in summer [2017]. Angola is an important and strategic country in Austral Africa. France is convinced that the next elections will be a new stage for stability and democracy in this country and in the sub-region. We are willing to work to strengthen relationships between France and Angola, now and after the elections.