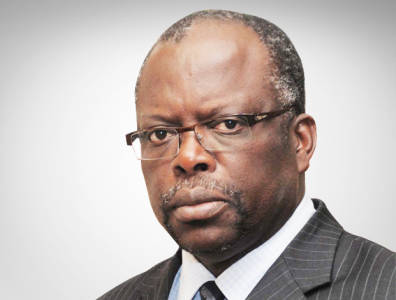 The new refinery introduces an element of competition for us, but Sogara can continue to exist if it is successful and effective. However, on the technology front I would say it is a good project because this refinery will be built with the latest and newest technologies. The entirety of the barrel entering the refinery will be used up.

Societe Gabonaise de Raffinage (Sogara) director general Pierre Reteno N’Diaye talks to TOGY about the ageing infrastructure’s profitability and its role in Gabon’s hydrocarbons industry given the new refinery structure in Port-Gentil. Reteno N’Diaye goes on to discuss the complexity of Gabon’s crude resources and the logistical issues associated with moving those resources. The Sogara refinery became operational in 1967 and has an annual processing capacity of around 8.8 million barrels.

How complex is it to refine Gabon’s crude oil?
There are two difficulties when refining Gabon’s crude resources. The first concerns the design of the refinery. We do not possess the necessary equipment to crack the barrel’s residue. The refinery produces so-called white products. When crude oil is heated at 380-400° Celsius the outcome results in light weighted products, mainly butane gas, jet fuel and diesel.
The remaining crude-oil material is what we call atmospheric residue which consists of heavy fuel. This cannot be treated here in Gabon because our refinery was not designed with a hydrocracker that could break down the molecules to extract gasoil and fuel from that part. Therefore, this fuel is exported and sold to be treated in particular markets like the United States and Asia.
The second complication we face concerns the quality of the crude oil we receive. Since 2010, we stopped treating Mandji crude, and are currently only treating Rabi, which is lighter. Mandji is a difficult product to work with because of its excessive quantity of sulphur. Therefore, we switched to treating Rabi as it contains less sulphur.
The difference is significant, when we were using Mandji we were at about 3,500 ppm. Now, with Rabi, we fell to 1,500, even 1,000 ppm in gasoil. Sulphur is an element that affects the enhancement of gasoil. Buyers take the amount of sulphur in the product into account. Sulphur is not only harmful to the environment but it also has corrosive effects on a certain types of equipment.

As the Sogara refinery was created back in the 1960s, what improvements should be carried out to the facilities in order to reach its maximum capacity?
The refinery’s first stone was laid down in 1965 and it became operational in 1967. By September 1969, the refinery was processing 110 tonnes [806 barrels] per hour. Today we’ve reached a processing capacity of 155 tonnes [1,136 barrels] per hour. We conducted a few small works and tried to make maximum use of our facilities. We altered several exchangers and pushed the reformer and distillation column to operate at their maximum capacity.
Sogara’s maximum annual processing capacity is around 1.2 million tonnes [8.80 million barrels]. While we have never been able to reach 1 million tonnes [7.33 million barrels], over the past six years we have been able to reach 900,000 tonnes [6.6 million barrels] three times.
We are currently working on a couple of projects to improve the reliability of the refinery and and allow it run around the clock. This can be achieved by improving the electricity sector. We produce our own electricity. However, if our electricity is not stable, we face cuts leading the refinery to shut down, which we estimate costs us around CFA 400 million [USD 666,335] per day.
In 2017, we will shut down the refinery for six weeks to change pipes and examine all of its capacities that we cannot look at when it is operating.

How would you rate Sogara’s current economic viability?
Sogara’s viability is at stake because of problems that arise as a result of the refinery’s design. For example, 60% of our product is fuel, but fuel sells very poorly here on the market. Fuel is a residue that is not highly valued, and we are obliged to resell it to other refineries for reprocessing. In fact, we sell fuel today at a cheaper price than the purchase price.
When you consider the purchase price of crude oil and apply the processing costs, the product will be sold almost at cost, and thus we are not making a profit. Today, the selling price of our residue is almost the cost of the barrel. We have experienced a sharp drop in the value of our atmospheric residue.
For example, we used to sell at premium for around USD 70, but today premium barely costs USD 8. We are looking to find different types of crude oil to process in order to avoid more unsuccessful outcomes.
We tested several crude oils to see which one produces the least residue. Our product today produces 60% of residue, but with better crude oil we could lower that residue to 25-30%. As such, we could improve our profit margins on white products.

What are your thoughts on the creation of the new refinery in Port-Gentil by Gabon Oil Company and Samsung C&T that would process 60,000 barrels of crude oil per day?
First, the new refinery introduces an element of competition for us, but Sogara can continue to exist if it is successful and effective. However, on the technology front I would say it is a good project because this refinery will be built with the latest and newest technologies. The entirety of the barrel entering the refinery will be used up. Everything will be processed and transformed to white products without any remaining residues.
Secondly, unlike Sogara’s refinery, the new refinery will be almost fully automated, meaning that the risks related to the operation of the refinery will be significantly reduced. Finally, locating the new refinery close to Sogara is quite logical. In Port-Gentil there are already a core of competencies in terms of equipment and logistics, to name a few.

Will Sogara be able to meet the ‘Afri-4 by 2020’ standard norms?
Unlike the new refinery, we won’t be able to because our products contain too much sulphur, and it would cost us too much to meet these regulations. However, these standard norms are applicable to each country individually and are to be validated by each country.
Gabon is allowed to refuse to apply these standard norms. Of course this is only possible if the refined products are destined for the local market. For example, Algeria is still producing petrol with lead. If we were to export, then issues would arise regarding the new standard norms. If all production is destined for the local market, then the state can carry on with gasoil containing a certain amount of sulphur.

How should the distribution chain of the downstream sector be reorganised?
Gabon is obliged to import nearly 45% of its domestic demand in refined products, particularly for gasoil, where we are truly in deficit. When we speak of importing products, it would nonetheless be necessary to have existing facilities that would allow these products to be received.
Today in Gabon, particularly in Libreville, we have major storage problems. We are obliged to store the imported refined products first at Cap Lopez in Port-Gentil. The purchase of gasoil is not at all optimised from a logistics point of view, and we lose a lot of money with regards to this.
From the refinery, the refined products are loaded onto a ship, called the Cap Ferret, which then goes to the storage facilities of SGEPP in Libreville. Unfortunately, this vessel is not a large one and all together we can barely transport 10,000 tonnes.
The problem is that the Owendo port in Libreville is incapable of accommodating large tanker vessels of up to 30,000 tonnes because it is situated in an estuary and is not deep enough to welcome these type of vessels.