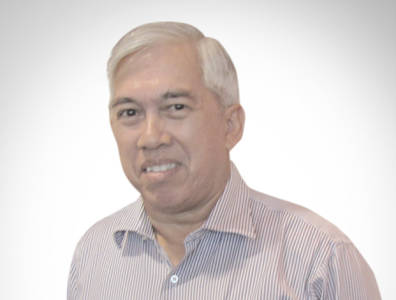 As junior companies are important for developing Indonesia’s oil and gas industry, they need to be given tools to succeed and grow.

Saka Energy production target for assets off the coast of Java and in South Sesulu30,000 barrels of oil equivalent per day

Firman Yaman, CEO of Saka Energi Indonesia, talks to TOGY about the obstacles to oil and gas exploration in Indonesia and the role played by junior companies in the development of the hydrocarbons. Formed in 2011 as the upstream subsidiary of Perusahaan Gas Negara, Saka Energi has a production target of 30,000 barrels of oil equivalent per day for its assets off the coast of Java and in South Sesulu.

What are the obstacles to making new oil and gas discoveries in Indonesia?
When the production-sharing contract system was first created, the time it took to make a discovery and make a project commercially viable took between five to 10 years.
However, it now takes between 10 to 15 years due to the excessive permitting procedures and lengthy government processes. For instance, we had to get more than 100 permits to be able to drill just one well in South Sesulu, which translates into a lot of paperwork and it takes up time and labour.
For onshore projects, land acquisition is an additional problem that causes delays. For our onshore project in East Kalimantan, we had to negotiate with landowners for a year and a half to get the land for drilling. In very rural areas, paperwork does not exist to register ownership of the land. It is a very difficult, time-consuming process.
The implementation of the 2012 Law on Land Procurement for Public Infrastructure will hopefully speed the process along for the infrastructure needs, such as pipelines. However, time-consuming land acquisition will still be an issue for non-public infrastructure projects.

What steps has the Indonesian government made to solve the issue of lengthy permitting processes?
It is a good sign that the government recognises the current permitting process is inefficient and is discouraging exploration. The government has acted on that knowledge by creating a one-stop-shop for to obtain permits at the Indonesia Investment Coordinating Board (BKPM) in an effort to cut down on bureaucratic red tape.
We will stay positive about the government’s plan to use the BKPM for permits, and I hope the process will eliminate some of the overlapping business permits from various ministries, which would make doing business in Indonesia much easier.
However, there is a good possibility it will just be a transferring of paperwork from one agency to another, and will not have a noticeable impact on the time it takes to process permits. The BKPM will try their utmost to facilitate the paperwork quickly, at least at the beginning to demonstrate it is a better system, but it is doubtful that it will be the long-term answer.

How should the government address delays in permitting?
One solution is for Indonesia’s oil and gas regulatory body, SKK Migas to handle the permits on behalf of the companies or to work closely with companies in the process. For instance, even when several companies are all working in the same block, each individual company has to approach various government agencies for the necessary permits, and there are always obstacles. Because SKK Migas has more clout with local governments and other ministries, it would be more efficient for SKK Migas to handle the permits.

What is the role of junior companies for meeting Indonesia’s future energy needs?
As junior companies are important for developing Indonesia’s oil and gas industry, they need to be given tools to succeed and grow. Some of those tools include regulations from the government and financing opportunities.
The local content regulations from the government, which encourage international oil companies to co-ordinate with local companies and hire local talent, have certainly helped grow junior companies in Indonesia.
However, there is room for improvement in the finance sector. Local banks will finance a project when there is clear production potential, but they are not likely to finance exploration because it is very risky. That is a difficult obstacle to overcome and will require strong support from the government.