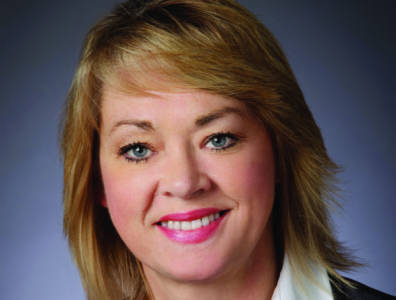 The Alberta Ministry of Environment and Water and the Ministry of Sustainable Resource Development merged in April 2012, reflecting the integrated approach that the province is emphasising as it regulates and monitors the development of its oil sands resources. The minister since the May 2012 merger, Diana McQueen, explains the environmental impact and credentials of the oil sands industry.

How does the government currently monitor oil sands extraction?

First of all, in Alberta, we have what we call integrated resource management, and part of that is federal and provincial monitoring of the oil sands regions. The Federal Minister of the Environment and I have joint jurisdiction in the oil sands region. We came together in February 2012 to create a joint plan to double the environmental monitoring of air, land, water and biodiversity in the region. We have received a lot of positive feedback on the plan, though we are always looking for ways to improve it. Alberta Premier Alison Redford has stressed the importance of striking the appropriate balance between a strong economy and a clean environment.

How can you ensure that the oil sands monitoring system will be objective?

Having good scientific data is absolutely essential in developing an environmental monitoring scheme. Albertans and various stakeholders have emphasised the importance of making sure our scientific data is as credible as possible. In order to realise this, we have a management board that is currently setting up an independent monitoring agency outside of the influence of government or industry. Our goal is to bring the best scientific minds from Alberta and beyond to provide input for the agency and to peer review reports. Furthermore, we will make all of our data and reports available to anyone in the world, building upon the Oil Sands Information Portal website, created in 2011.

How have the companies operating in the oil sands improved their environmental performance over the past year?

The industry has stepped up to the plate in terms of environmental performance and monitoring. The companies operating in the oil sands will be contributing $50 million per year as part of the new three-year monitoring plan. Also, in March 2012, oil sands companies came together to create Canada’s Oil Sands Innovation Alliance, which aims to produce game-changing technologies that will reduce the environmental footprint involved with oil sands extraction.

The alliance is an exciting development because these companies have come together to jointly invest in research and development and share information in an industry that is highly competitive. There is a recognition on the part of industry that the need for environmentally friendly innovations will continue to grow as oil sands production increases from 1.5 million barrels of oil per day to somewhere between 2.5 million to 3 barrels of oil per day in coming years.

Critics of the oil sands claim that greenhouse emissions involved with oil sands extraction are highly problematic. Is air quality an issue in the oil sands region?

Reports indicate that 97 percent of the time the air quality in Alberta’s Wood Buffalo region is rated “Good,” which is the highest level possible. That being said, we are increasing monitoring to make sure that remains the case. In our monitoring plan we have put in place limits, but we also have triggers to ensure that we never hit those limits.

Also, Alberta was the first jurisdiction in North America to implement a carbon tax. We call it a Cap and Technology Fund and it is a $15-per-tonne tax on those who emit more than 100,000 tonnes per year in carbon emissions. What makes that tax unique is that it not only incentivises companies to reduce their emissions, but the revenue is managed by an independent agency that aims to invest in renewable energy projects. We expect that the fund will have collected $1 billion by the end of 2013.

What policies are in place to protect against water contamination and exposure to tailings?

Allocation from the draw of the rivers is 3 percent, while in low-flow periods it is less than 1 percent. The oil sands companies have done a lot of work, to the point that 85 to 90 percent of the water they use is recycled. As for the remaining portion of water that cannot be recycled, we have a very strict policy that absolutely no tailings water can be released into any rivers. Many companies are working on innovative technologies aimed at cleaning and reusing tailings water, about which I am very enthusiastic. It is also important that we put time limits in place that dictate how fast oil sands companies can grow their tailings ponds, but also make it clear how quickly they must clean the ponds up. The Alberta Environmental Resources Conservation Board’s Directive 074 lays out the criteria for these issues.

How successful can the process of land reclamation be in areas where oil sands mining projects have radically transformed the surface area?

We have just seen the first two projects where the process of reclamation has been completed. All companies have operating licences that include a provision for land reclamation, and the expectation is that they will do all the necessary work. Over time, technology will allow for faster reclamation of oil sands mining sites. It is also encouraging that approximately 80 percent of oil sands resources are recoverable only using in-situ methods, while the remaining 20 percent is at mining depths. The land use and reclamation process of in-situ projects is favourable compared to land intensive mining. With regards to mines, we have financial security arrangements in place that ensure that Albertans will not be on the hook for reclamation. Some projects have been executed up to our standards and received their reclamation certificates, such as Canadian oil sands operator Syncrude’s Gateway Hill area.

Environmental groups are concerned about the health of biodiversity in northern Alberta. How is the Ministry of the Environment protecting various species in the boreal forest?

We had a very unfortunate incident where ducks perished after landing in a tailings pond several years ago. Several factors, including weather patterns, played a role and we have addressed the issue to ensure that it does not happen again.

Caribou is a very important species for us in Alberta. We have approximately 20,000 square kilometres of conservation and recreational land in the lower Athabasca region to be able to offer Caribou and other species an untouched habitat.