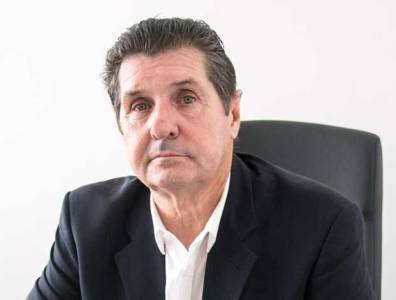 I see more of a future for gas than for oil, unless more drilling is carried out offshore and goes deeper into the ground.

Not at any rate: Unicongo on new oil law

Christian Barros, president of local business association Unicongo, discusses how Congo-Brazzaville’s oil and gas industry is evolving and how its members are responding. Unicongo has a threefold mission. It lobbies the government on behalf of its private-sector members and provides training and recruitment for them. For many companies entering Congo-Brazzaville, it is also the first point of contact.

Could you tell us more about Unicongo’s background and organisational structure?

Our members are divided into different federations, which include banking and insurance, public relations, commerce, hotels, industry, legal aid, telecommunications, transmission, oil and gas and solid ore mining. That makes about 300 businesses that we represent.

We only work with businesses that operate in the legitimate economy. In Congo-Brazzaville, excluding the oil and gas industry, about 70 percent of economic activity takes place in an informal sector where companies do not pay taxes and operate outside of the law. The number is not nearly as high in the oil and gas industry, as operating in this segment of the economy requires certification and registration.

At the end of the day, Unicongo’s mission is to defend its members’ interests. Every time the government brings about a new law, we lobby on behalf of our members.

Congo-Brazzaville’s hydrocarbons law is being revised. What kind of discussions have you had with the government on this?

Six companies have asked to be included in the oil federation because it brings many advantages. The government is not in favour of this and we do not want it to happen either. Unicongo does not see the point. The oil federation is involved only in oil, but the services sector is not directly involved in oil and gas.

What does the future hold for Congo-Brazzaville’s oil and gas industry?

There will be major developments in the gas industry. The government is giving it a lot of consideration. Gas will start to gain more importance at the expense of oil because the power plant operated by Eni subsidiary Eni Congo runs on gas. There will need to be a constant supply of gas, of which about 90 percent is produced offshore. Further, gas exploration has not been fully conducted onshore, in the northern and central areas of the country.

I see more of a future for gas than for oil, unless more drilling is carried out offshore and goes deeper into the ground. Even though oil is down to about $50 per barrel. Fifteen or 20 years ago, you could buy a barrel in Djeno for $9.

What are your views on taxes in the country?

Taxes and Customs duties are very high in the country. Altogether the effective tax rate of an oil and gas company in the country is about 60 percent. That is why there is fraud. If the Customs duty was 5 or 10 percent, people would just pay it. Today, lots of people do not.

It seems that the minister of finance is obliging businesses to seek financial backing from local investors. Have you heard much about this issue? How should it be approached?

Banks who set up here have excess liquidity. At the same time, the interest rates are very high. For debt in Congo-Brazzaville, the average interest rate is about 10 percent. Investment in a country with such high interest rates is not economically viable. It is also impossible to take out long-term loans with 15 to 20 years maturity with rates like that. Banks are often attacked by the private sector for these rates.

We are working to improve the structure of capital in Congo-Brazzaville. For small and medium-sized enterprises, there is a problem with access to capital because of the interest rates. The interest rates should be set at between 3, and 5 percent, but at no higher than that.