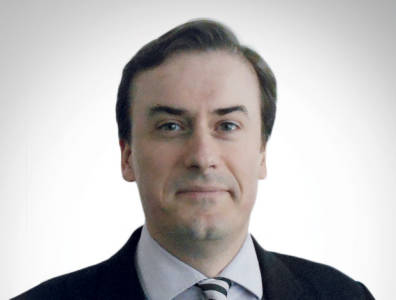 A trend in Qatar’s export trade has been to add value to national resources, such as gas-to-liquids products and petrochemicals.

Prepare for change in Qatar

How is the Qatari government planning to expand the country’s power generation capacity to meet rising demand?
Qatar already has a robust installed power generation capacity of 8.58 GW, with a surplus of 1.84 GW in 2014. Engie contributes 43 percent of Qatar’s power generation. All the power generation facilities in the country are gas fired, and this will remain the main source of electricity for at least the next 10 years.
Renewable energy will be developed with sizeable solar projects in the short to medium term. This will be an important step for Qatar to contribute to the global energy transition and to reduce its environmental footprint.
Qatar is looking to upgrade its existing gas-fired capacity and has completed the tendering process for Facility D, which is a power generation and desalination plant that will be located between Al Wakrah and Mesaieed. The plant is planned to have a power generation capacity of 2.52 GW and will produce 621 million litres of water per day.
A 30-percent share of the project was awarded to an international consortium and the remaining 70 percent is being shared between utilities provider Qatar Electricity and Water Company, state-owned Qatar Petroleum and non-profit Qatar Foundation.
With Facility D completed in 2018 or 2019, the country’s projected installed capacity will reach more than 11.2 GW, with demand expected to be around 9.64 GW in 2020, according to the Qatar Electricity and Water Company.

How will Qatar meet its future domestic electricity requirements?
Compared to other Gulf states, Qatar has successfully anticipated energy needs and has maintained a stable power generation supply. The commissioning of Facility D is a good example of the country’s commitment to maintain this capacity. Qatar has invested in power capacity in anticipation of rapid growth in the hydrocarbons and civil engineering industries.
Qatar supplies domestic energy production with gas from its own fields, compared with the UAE, which imports gas for power generation from Qatar through the Dolphin Pipeline. Energy efficiency will be vital for sustainable development in line with the country’s large infrastructure programme.

What are the most important drivers of electricity consumption in Qatar?
Qatar has committed to hosting the FIFA World Cup in 2022. The expansion of civil infrastructure is huge, and growth in energy consumption will mainly come from work associated with developing this infrastructure.
A trend in Qatar’s export trade has been to add value to national resources, such as gas-to-liquids products and petrochemicals. This means that there could be value in exporting Qatar’s surplus power to neighbouring Gulf countries instead of exporting raw material under the present system.
Technical issues do not pose a problem as similar projects have been successfully implemented in Europe. The bigger problem lies in political willingness to improve interconnection and develop a viable export scheme.
In this way, countries tend to want to develop and manage their own power generation capabilities. Every country prefers to provide their own base loads with domestic supply.