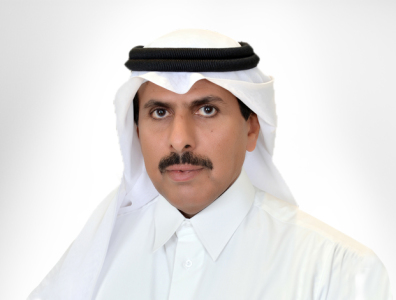 The QCB has been undertaking proactive liquidity management operations to ensure overall liquidity in the financial system.

Abdullah Saud Al Thani, governor of Qatar Central Bank (QCB), talks to TOGY about the impact of the fall in oil prices on Qatar’s economy and financial sector and measures taken to support the country’s financial system. The QCB’s objectives are to maintain the strength of Qatar’s financial and banking sectors, the value of the Qatari Riyal and the stability of prices for goods and services.

What has been the impact of the fall in oil prices on Qatar’s economic growth?

The year-on-year growth of Qatar’s real GDP in 2014’s last quarter was 6.7 percent, compared to 5.9 percent in the same quarter of 2013. The growth for the whole of 2014 was 6.2 percent, almost the same as the growth of the GDP in 2013. This underlines the strength of the Qatari economy and financial sector, especially during times of sluggish global growth. This resilience reflects the success of the country’s continuing economic diversification strategy.

Qatar’s hydrocarbons exports have been affected by lower oil prices, but the impact has been lessened due to Qatar’s increase in LNG exports. This will be reflected in the government’s revenues but it is unlikely to affect the state’s spending plans in the near term. This is because the government’s commitment to infrastructure projects and to preparations for the FIFA World Cup in 2022 continues. This strategy is expected to keep supporting strong non-hydrocarbons sector growth, hence overall economic growth.

Has Qatar’s financial sector been affected by the changes in the global energy market?
At the end of March 2015, Qatari bank assets had shown a growth of 7.6 percent year-on-year, a rise that was considered healthy.

There has been a deceleration in the growth of banks’ total deposits, largely due to the decline in government deposits. On the other hand, total credit growth has been robust, reflecting a strong increase in loans to the private sector. This is in line with the double-digit non-hydrocarbons sector growth.

There has been some moderation, but the country’s banking system seems to show a surplus in liquidity, reflected by net overnight deposits on the Qatar Money Market Rate Standing Facility (QMR) and excess reserves with the QCB. The QMR is a monetary instrument that allows member banks to deposit with and borrow from the QCB.

Furthermore, the overnight repo and treasury bill rates have mostly hovered around the QMR deposit rate of 0.75 percent, while interest rates for items such as bank deposits and lending rates have remained broadly stable. This suggests that financial conditions in Qatar are still comfortable.

The QCB has been undertaking proactive liquidity management operations to ensure overall liquidity in the financial system remains consistent with the government’s objectives to support economic growth and maintain inflation at a reasonable level.

Moreover, the QCB has been implementing the Basel 3 framework since January 2014 and enhancing macroprudential regulations to strengthen financial stability. Due to these measures, banks have remained profitable and well capitalised, while maintaining high asset quality and strong liquidity buffers.

The performance of the country’s financial sector is closely linked to the real economy. We expect Qatar’s economy to continue growing at between 6 and 7 percent per year in 2015 and 2016, and the impact of lower oil prices on the financial sector to be limited. There may be some decline in government deposits due to the decline in fiscal surplus from falling oil prices. However, liquidity buffers in the form of excess bank reserves and investment in securities, the high capital-to-risk-weighted assets ratio and banks’ low amount of non-performing loans should enable Qatar’s financial institutions to weather the fall in oil prices without any significant disruption.

What future growth trends do you predict for Qatar’s hydrocarbons and non-hydrocarbons sectors over the long-term?

Qatar’s economic diversification aims to reduce the country’s heavy reliance on the hydrocarbons sector for growth and revenue, while retaining its systemic role in the global natural gas market. The recent slump in oil prices and the likelihood of relatively low prices in the near future signify the necessity and importance of economic diversification.

The future leveraging of Qatar’s hydrocarbons resources will be maintained at an optimal level to create a balance between reserves and production, as well as between economic diversification and the depletion of non-renewable hydrocarbons resources. This is apparent from Qatar’s self-imposed moratorium on new hydrocarbons investments in the North Field.