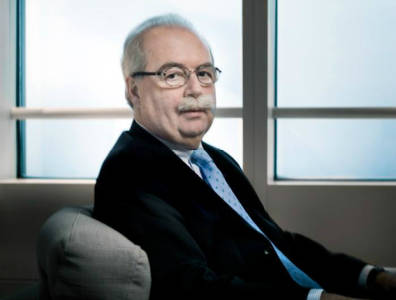 Our approach is to express an interest in and request entry into as many projects as possible because Libya is cautious about opening up its resources.

Total, the French energy supermajor, is one of the world’s largest integrated international oil and gas companies with operations in more than 130 countries. Total has been present in Libya for over 50 years and is committed to participating in its ambitious oil and gas development strategy. The group is operator of several exploration permits and is the main international partner for the Al Jurf offshore field and Mabruk field operations in the Sirte Basin.

How does Libya fit within your vision of investments on a long-term track?

Our approach is to express an interest in and request entry into as many projects as possible because Libya is cautious about opening up its resources. The country has vast potential for exploration and understands the need for foreign companies who are willing to share – I emphasize share, not impose – their technologies to develop and operate their oil fields, some of which have been producing for many years and need enhanced oil recovery. However, this perspective is not fully accepted yet because the focus is on attracting financial resources. IOCs can participate in the exploration or development of new discoveries, but these projects must be co-operated by NOC or its subsidiaries. In these conditions, Libya cannot be considered a real open market.

Are the opportunities in brown-field development in Libya more interesting than for exploring for and producing from new fields?

Total currently produces from several fields in Libya where we are developing existing reserves. In the Mabruk field, we have discovered additional geological layers and although that discovery consists more of delineation than exploration, it also forms a part of our business. Our aim in Libya is to produce as much oil as possible from existing fields so as to bring them to their optimal capacity. Moreover, we aspire to help Libya develop its gas reserves, to either add the gas to their current exports to Europe or, if sufficient additional gas resources are discovered, to build a new LNG plant.

Are there any opportunities in Libya to expand refining capacity and improve petrochemical output?

Currently, access to upstream projects is Total’s priority in Libya. Expanding refining capacity requires time and investment: for instance, the capacities and needs of the whole region beyond Libya – as well as carbon dioxide concerns – need to be taken into account. Total has already demonstrated its ability to manage or participate in integrated projects and we can offer this kind of expertise as part of a long-term partnership strategy which includes refining, petrochemicals and marketing. We have offered to set up such long-term partnerships before, sometimes to assist in refining as a subcontractor or advisor but, to date, have been declined. Categorically, downstream is not our priority in Libya.

Do diplomatic disputes such as the Schengen crisis involving Libya and Switzerland create major disruptions?

We accepted the situation and are glad it was eventually resolved, and now ways have to be found to prevent it from happening again. We could question if operating in Libya is more difficult than elsewhere but, in fact, it is simply different, and the Schengen crisis has had limited impact on our operations despite all the media attention.

What are your impressions about the reforms of Shokri Ghanem since he has been in charge of NOC?

In his previous position as Prime Minister, Shokri Ghanem re-opened Libyan reserves to foreign companies and as NOC Chairman he continues to take the initiative, increasing transparency and setting rules on access to reserves. Initially, Libya welcomed all companies but granted tenders to some that weren’t capable of delivering on their promises; as a result both the companies and the country lost out. Shokri Ghanem strengthened the pre-qualification and qualification rules in the selection process to more stringent levels. Quality must be the key criterion; it benefits Libya and the selected company, and is the best means to building a fruitful and long-term relationship.

Currently, the practice in Libya is to award contracts through tendering to drill, lay pipelines, and build, but Total, like most of the majors, is a partner and not a contractor. We prefer long-term contracts on a partnership basis, contributing what the other side needs. We understand that as a foreign company we will hold a lower share and that the state will, rightly, profit more than we will.

My message is that, as national and international oil companies, we need to share our competencies even if we have different shareholders. We are responsible for producing oil and gas in a safer and cleaner way, for everyone’s benefit. We are part of the same team.

What defines the right partnership between an international and a national oil company?

The right partnership is based on trust; exploration, production and petrochemicals are all long-term investments and you must trust your partner. In Qatar, for instance, we proved to be an excellent partner in exploration and production, LNG, pipelines, petrochemicals, marketing – all across the various oil and gas activities.

Shokri Ghanem is trying his best to open up the system and has been working on gaining companies’ trust. But when everything is open to bidding – contrary to what people might think – it is difficult to control. When the price of oil went up to $140, the contracts on producing fields were suddenly deemed as badly structured, granting too much revenue to international companies. But when you are discussing new developments, the view is different. This country does not lack clear leadership; it lacks flexibility.

We can move forward by basing the relationship on trust, a win-win partnership for Libya and Total.