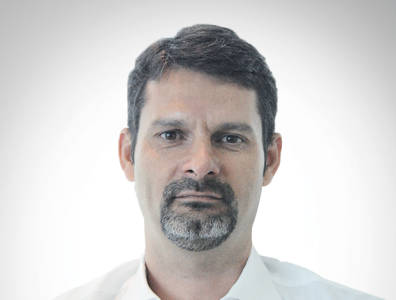 The West African coast is an area with many similarities to those of offshore Brazil from a geological point of view.

The superintendent of G3 Oil and Gas, André Crusius, speaks to TOGY about the development approach for the company’s block EG-01. G3 Oil and Gas is a Brazilian energy company and is a subsidiary of ARG Holding.

How have development plans for block EG-01 been affected by low oil prices?
The cost of goods and materials for oilfield services activities, particularly for drilling wells, has been affected by the downturn in oil prices. The cost for oil operations in general will be greatly reduced. The work being done today by services companies was contracted a year ago. Services companies’ prices will be revised by the end of 2016.

What is the expected impact of the 2014 bidding round in Equatorial Guinea’s exploration and production sector?
Given the magnitude of the bidding round and the number of new players entering the market, the next three years will be an intense exploratory period for Equatorial Guinea with more than 12 blocks up for bidding.
In less than a decade, Equatorial Guinea has become the third-largest oil producing country in sub-Saharan Africa. Production is estimated at 240,000 barrels of oil per day. There has also been a significant increase in activity regarding natural gas reserves.
Equatorial Guinea is in a suitable position to reap the benefits of this new energy reality. The objective should be to adjust to the market and attend to the needs of both the government and hydrocarbons companies.

What expertise can Brazilian upstream companies bring to Equatorial Guinea?
Brazilian state-run oil company Petrobras has a good technical school in their home country. Over the past 15 years, there has been much investment in research and development in Brazil. For technical capabilities, the Brazilian upstream operator has the largest applied research centre in the southern hemisphere.
Petrobras is working to develop technologies to reach greater depths. The company has already produced oil above the salt layer and is looking to go through that layer in search of crude. It is one of the top five oil companies investing in technology, research and development worldwide.
During the 1990s, Petrobras used to drill up to 300-500 metres deep. After restructuring its technical management area, the company reached 1,600 metres in two years. In 2015, the operator is drilling up to 7,000 metres.
The West African coast is an area with many similarities to those of offshore Brazil from a geological point of view.
We have six onshore blocks located in northeastern Brazil. These blocks have allowed G3 Oil and Gas to gain experience operating in these types of geological formations. We believe that the company can apply similar technologies that will enable us to successfully explore Equatorial Guinea’s offshore areas.