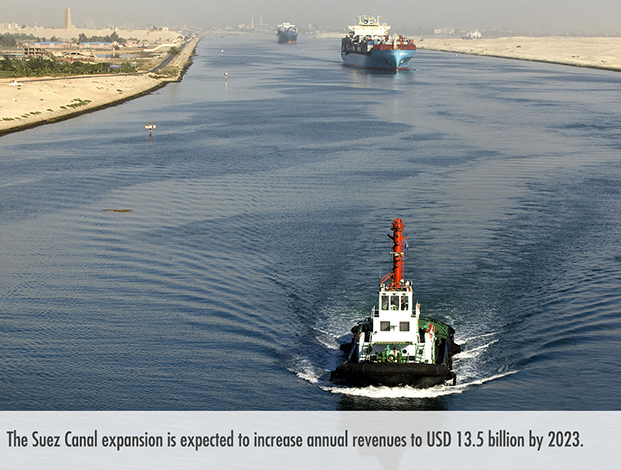 After facing socio-political upheaval starting in 2011 which led to the ouster of two presidents within two years, including long-time president Hosni Mubarak, Egypt has enjoyed relative political stability since Abdel Fattah El Sisi was elected president in 2014. That year, President El Sisi’s government launched an ambitious macro-economic reform programme, which has helped the economy stabilise and improved the business environment in the country. In 2016, a new reform programme was introduced to enhance investor confidence and improve governance. Egypt has started to reap the benefits of these reforms, with real GDP growing at 5.3% in 2018, compared to 4.2% in 2017, and with the IMF expecting GDP to further grow at a rate of 5.5% in 2019 and 5.9% in 2020. According to the World Bank, foreign exchange reserves had greatly improved by July 2018 to USD 44.3 billion, having almost tripled from USD 15.5 billion in August 2016. According to David Lipton, first deputy managing director and acting chair of the IMF, Egypt’s “near-term growth outlook is favourable, supported by a recovery in tourism and rising natural gas production.”

Indeed, in December 2018 Egypt’s Ministry of Petroleum announced the country had achieved a major milestone, gas self-sufficiency. The overall production of natural gas increased during 2018 to around 161.4 mcm (5.7 bcf) per day.

Egypt struck fortune in 2015 with the discovery of an 850-bcm (30-tcf) super-giant gasfield in the Eastern Mediterranean, Zohr, which alone could meet more than half the country’s demand. The discovery was made by Eni, whose total investment in the project will amount to USD 12 billion-16 billion. Zohr represents the largest gas discovery ever made in Egypt and the Mediterranean. In September 2018, Eni announced that the Zohr field was producing 56.6 mcm (2 bcf) per day, one year ahead of the Plan of Development’s schedule, and that it is aiming to increase this to 76.5 mcm (2.7 bcf) per day in 2019.

In addition, 2018 saw 43 crude oil finds, together with 18 gas discoveries. That year, average production of crude and condensates reached 660,000 boepd after 36 recently discovered wells were brought on line.

The increase in optimism surrounding the Egyptian oil and gas market is backed by the elimination of fuel subsidies, new bid rounds and new PSAs, as well as a 15% decline in oil and gas production costs.

The Oil & Gas Year Egypt 2019 is the most up-to-date and comprehensive report on the country’s hydrocarbons industry. 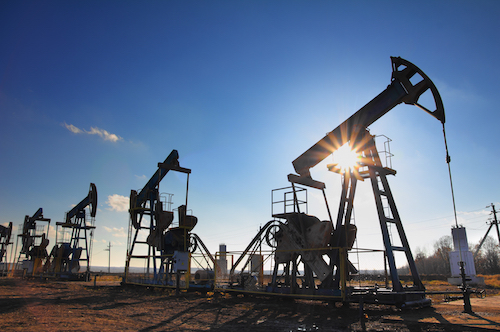