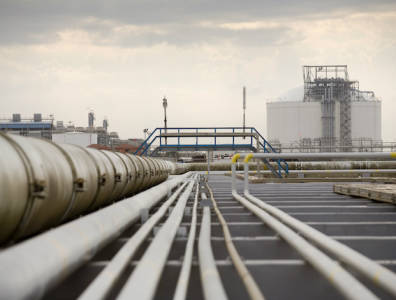 LONDON, July 31, 2015 – BG Group booked a 63-percent rise in net profit for the second quarter of 2015, however this was mainly due to an assets selloff and masks a 38-percent decline in revenue and a 65-percent drop in profit on a business performance basis.

The UK company reported a net profit of $2.23 billion between April and June, up from $1.37 billion in 2014. The numbers take into account $2.5 billion of profit from the shedding of assets, compared to $178 million the previous year, and include the $4.6-billion sale of BG’s Queensland Curtis LNG pipeline in Australia to domestic Apa Group completed in June 2015.

BG’s revenues dropped from $5.51 billion to $3.95 billion, while its operating profit fell to $429 million, compared to the $1.21 billion posted the previous year. Still, BG’s earnings figures put it ahead of the many oil and gas majors that reported a net loss for the second quarter of 2015, such as Total, Shell, BP, ConocoPhillips and Italy’s Eni.

BG’s performance was due in part to a 19-percent year-on-year increase in production, which shot up to 703,000 barrels of oil equivalent per day. The gains mainly came from activities in Brazil, Australia, Norway and Kazakhstan.

Japan looks for offshore potential
Next