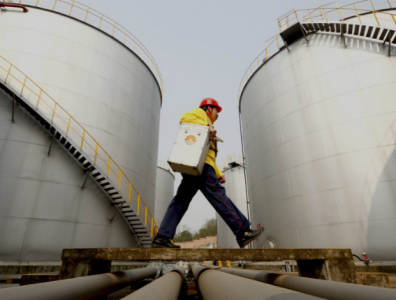 BEIJING, September 2, 2016 – Data released by China’s National Bureau of Statistics on Friday revealed a 22.5% increase in crude reserves, which includes both strategic and commercial stockpiles.

The bureau measured China’s strategic reserves over the period beginning in mid-2015 through early 2016, during which time the crude stock increased from 190.5 million barrels to 233.4 million barrels. That volume equals around 180 days of net oil imports. China aims to all but double its strategic crude reserves to 550 million barrels by 2020.