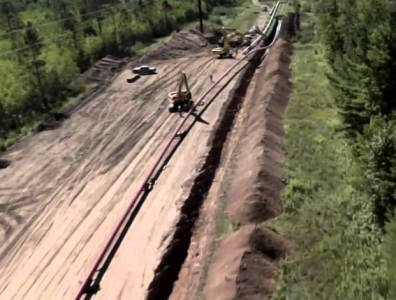 The Horn of Africa will be a 550-km pipeline linking Damarjog port in Djibouti to the Awash terminal in central Ethiopia. It is expected to raise the landlocked country’s capacity by 240,000 bpd of diesel, petrol and jet fuel. Black Rhino, a subsidiary of US investment company Blackstone Group, will oversee the construction.

Ethiopia and Djibouti signed the agreement to carry out construction last year, with hopes that it would be completed by 2018.

During to the Eritrean-Ethiopian War, which lasted between 1998 and 2000 and involved border disputes, Ethiopia became heavily reliant on Djibouti’s ports, which now take on 90% of the country’s import and export trade. From there, the goods are transported by tanker trucks, which are both expensive and unable to supply the country’s growing need.

Ethiopia’s fuel demand grows by an average of 15% per year.

The project will be second venture under construction to improve trade logistics in Ethiopia. The USD 22 billion Lamu Port Southern Sudan-Ethiopia transport corridor will connect Kenya to South Sudan and Ethiopia by rail. Options to build a second pipeline along the route are being discussed.