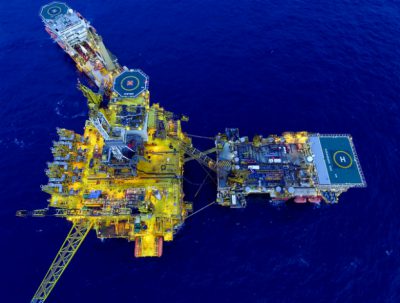 The project, with expected peak production of 60,000 bopd, is the first in Malaysia’s history to deploy a tension leg platform. Work is carried out through a joint venture comprising Shell, which holds a 35% stake, ConocoPhilips Sabah with 35% and Petronas Caigali with 30%.

“Malikai marks an important milestone for Shell, its partners, Sabah and Malaysia,” Shell’s upstream director, Andy Brown, said in a statement. “The project has demonstrated our capability in delivering competitive deepwater projects utilising our global expertise.”

Previous reports had claimed that first oil at Malikai would be achieved next year. As recently as Tuesday, Reuters projected the end of the month as start date. Situated in some 500 metres of water, hydrocarbons produced from the Malikai TLP are processed 50 kilometres away at the Kebabangan oil hub before transport to the onshore Sabah oil and gas terminal.

The news came days after <a href="https://theenergyyear.com/news/oil-gains-continue-as-non-opec-join-cuts/”>Malaysia agreed to cut some 20,000 bopd of production next year as part of a deal between OPEC and non-OPEC producers to boost oil prices.