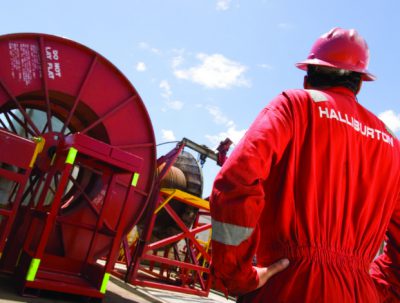 Halliburton’s net loss, USD 790 million higher than the same period last year, was attributed to the USD 3.5-billion termination fee that it paid out to Baker Hughes when the company called off the proposed merger in May amid persistent antitrust concerns on both sides of the Atlantic.

Revenues were also down, with Halliburton reporting a drop from USD 5.92 billion in the first quarter to USD 3.84 billion. The company recorded the majority of its revenue, USD 2.3 billion, on the international market, a drop of 4%. Revenues from the North American market, suffering from “reduced activity,” were down 15% to reach USD 1.5 billion.

The company expects its home market to perform better in coming months. “We believe the North America market has turned. We expect to see a modest uptick in rig count during the second half of the year,” chief executive Dave Lesar said.