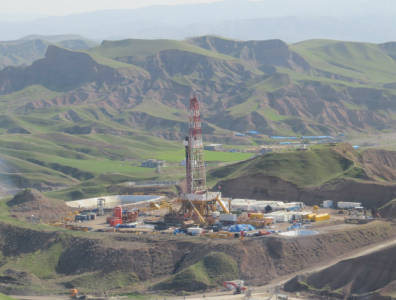 ERBIL, January 11, 2016 – MOL Group will abandon its interest in the Akri-Bijeel block in the Kurdistan region of Iraq after disappointing tests earlier in the year, the Hungarian oil and gas independent announced Monday.

MOL Group and its partner Gulf Keystone Petroleum signed the relinquishment and termination agreement of the production-sharing contract on December 31, 2015. MOL had submitted a declaration of commerciality for the Akri-Bijeel block in the Kurdistan Region of Iraq in October 2013.

The company controlled the block through its subsidiary Kalegran with an 80-percent stake. The other 20 percent was owned by Gulf Keystone Petroleum, a regional exploration and production company.

MOL said it would would continue to work on its other investments in the Iraqi region, including the Shaikan block. MOL Group has been attempting to balance weaker output in its operations in Central and Eastern Europe by focusing on exploration projects in Kurdistan and the North Sea.

For more news and features on the Kurdistan region of Iraq, click here.

State of emergency called over gas leak
Next