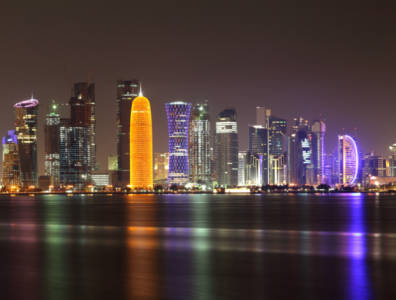 LONDON, April 15, 2016 – News about Iranian Oil Minister Bijan Zanganeh reportedly not attending the April 17 meeting of OPEC and non-OPEC members in Doha pushed oil prices down early on Friday, undoing most of the earlier gains in the run-up to the gathering in Qatar.

WTI crude oil traded at USD 40.99 during the early trading hours on Friday.  Oil prices neared USD 42 upon the release on Thursday of the April Oil Market Report by the EIA, saying the supply-demand imbalance was “rapidly” being adjusted. By 2017, the EIA expects US output to have dwindled by 1.2 million bopd. Meanwhile, Brent oil dipped below the USD 44 mark on Friday.

A host of producers have pledged to travel to Doha for a second round of discussions on freezing output at January 2016 levels. Seventeen countries, including the four signatories to the preliminary February agreement – Russia, Saudi Arabia and Venezuela – will take part.

Of those 17 countries, Kuwait and the UAE have been the most vocal in their support to the February initiative. Iraq, while having earlier expressed its reservations, recently confirmed there is a need to cap output. The attendance of Iran, which seeks to raise output and reclaim market share, remains unclear.