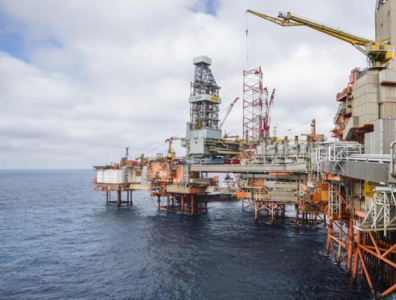 LONDON, December 6, 2018 – Oil prices fell on Thursday. Energy traders weighed prospects for coordinated production cuts as a closely watched meeting of OPEC and its allies got underway in Vienna.

OPEC and its allies are working towards cutting oil output by up to 1.5 million barrels per day, but could fail to reach a deal if no compromise is found with non-OPEC Russia, the Saudi energy minister said on Thursday.

OPEC is waiting for news from Russian Energy Minister Alexander Novak, who flew back from Vienna earlier for possible talks with President Vladimir Putin.

Novak returns to Vienna on Friday for talks between Saudi-led OPEC and its allies.

OPEC hopes to prop up the price of crude, which has fallen by almost a third since October, but U.S. President Donald Trump has demanded it make oil cheaper by refraining from output cuts.

“Hopefully OPEC will be keeping oil flows as is, not restricted. The World doesn’t want to see, or need, higher oil prices!” he said on Twitter.

“We hope to conclude something by the end of the day tomorrow … We have to get the non-OPEC countries on board,” the Saudi minister, Khalid al-Falih, told reporters.

“If everybody is not willing to join and contribute equally, we will wait until they are.”

Asked whether OPEC could fail to reach a deal, he said all options were on the table. Possible output cuts by OPEC and its allies ranged from 0.5-1.5 million bpd, and 1 million bpd was acceptable, he said.

“We think OPEC will spend some time to choose the words being used. Being too cautious on the words, to please President Trump, runs however the risk of diluting the message,” said Olivier Jakob from Petromatrix consultancy.

Looking ahead, the U.S. Energy Information Administration will release its official weekly oil supplies report at 11:00AM ET (16:00 GMT). It comes out a day later than usual because of Wednesday’s national day of mourning to mark the death of former President George H.W. Bush.

Frontera farms into Guyana blocks
Next