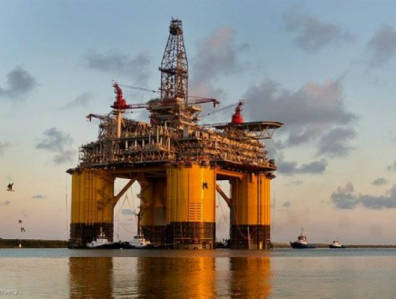 Despite recent profit-taking, oil was still on track to register its fifth-straight week of gains, its best stretch since November 2017, in a continuation of the first-quarter rally that saw WTI oil soar more than 30%.

Aggressive production cuts from OPEC and Russian-led allies have convinced traders that the global supply glut was on track to rebalance this year, while US sanctions against Iran and Venezuela, along with power outages, contributed to the reduction in supply.

“We retain our bullish stance for the second half of 2019 and first half of 2020 as we anticipate OPEC+ to extend production cuts through 2019, while we also expect bullish oil market effects due to the introduction of IMO 2020 regulations on sulphur content in marine fuels,” said Bjornar Tonhaugen, head of oil market research at Rystad Energy.

Analysts are closely watching developments in US-China trade talks as any breakdown in negotiations could potentially lead to an all-out trade war that could dampen oil demand.

With high-level officials involved in discussions in Washington, China’s state run news agency Xinhua reported Friday that a new consensus has been reached between the two sides, while Chinese President Xi Jinping communicated hopes that a deal could be reached as soon as possible.

However, in another sign of the perpetual negotiations, US President Donald Trump downplayed the possibility of an immediate agreement, saying that “we’ll know over the next four weeks” if a deal has been reached.

Later on Friday, market focus will shift to Baker Hughes’ weekly rig count data, an early indicator of future output in the US, at 1:00 PM ET (17:00 GMT). Last week’s reading showed that US energy firms reduced the number of oil rigs operating for a sixth week in a row, to the lowest count in nearly a year.