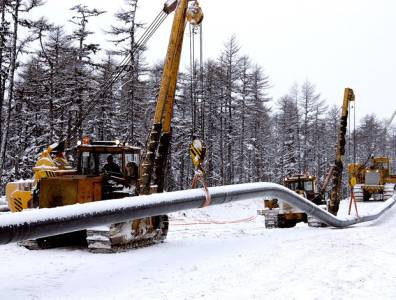 Under the preliminary agreement, state-controlled Gazprom will supply China National Petroleum Corporation with 30 bcm (1 tcf) of gas per year. The deal was reached in November 2014 during a visit by Russian President Vladimir Putin to Beijing, but details such as price have not been agreed.

“We will fully begin construction of the eastern gas line and sign a co-operation agreement for the western line,” the Financial Times quoted Wang as saying.

China is also set to buy 38 bcm (1.3 tcf) of gas per year from Russia’s far east. Construction of the $400-billion, 3,968-kilometre Power of Siberia pipeline officially began in September.

The foreign minister cited opportunities for expanding the two countries’ relationship in oil and gas as well as nuclear energy. Russia’s rift with Europe and the US over Ukraine has led to increased economic co-operation with China.

Santos will supply gas to Alcoa
Next