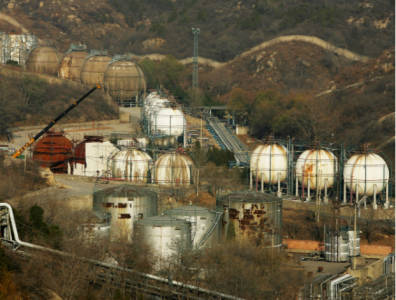 Saudi and Russia race to first with China

The terms of the contract stipulate that Saudi Aramco will provide Huajin with Arab Extra Light crude oil, which is destined for use in the production of both naphtha and other petrochemicals. The 2017 contract for the supply of crude oil is part of an attempt by Saudi Arabia to regain its position as China’s top crude oil supplier.

While neither company has commented on the agreement, this kind of contract would be in keeping with Saudi Arabia’s strategy of making its crude resources more attractive to Chinese importers through spot cargos and favourable credit terms.

Unwilling to relinquish its place as China’s top crude oil supplier, Russia has increased exports to China in 2017. The increase has been attributed to imports by teapot refiners, which have now included Russia’s Urals grade crude in their lexicon. In February, according Reuters, Shandong Wonfull Petrochemical Group purchased Urals crude amounting to 2 million barrels. Around 1.2 million barrels are expected to be delivered in February.

The shift by Chinese teapot refiners follows the rise in the per-barrel cost of the Omani mainstay crude after OPEC’s production cuts. Other companies reportedly capitalising on the low comparative cost of Ural’s crude include Sinopec trading subsidiary Unipec and Litasco, however none have commented on the agreements.