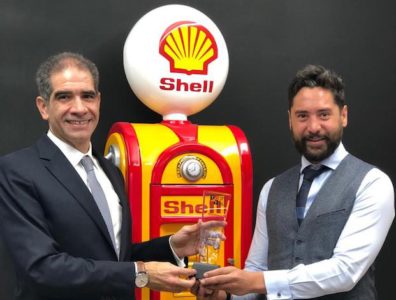 The TOGY Mexico team handed the award to Alberto de La Fuente, president of Shell Mexico, on  February 13 at the company’s corporate offices in Mexico City.

This award recognises Shell Mexico’s involvement in developing the country’s offshore. The super-major was the biggest winner in Mexico’s Round 2.4, taking nine blocks of the 19 awarded during that tender, four of them with partners Pemex and Qatar Petroleum. Shell’s bidding round success is the result of its commitment to deepwater exploration in the region.

With a total of 11 blocks in Mexico – nine in deep water and two in shallow water – Shell is now the largest upstream operator in the country after Pemex, as well as the leading IOC in the country’s prolific deepwater areas.