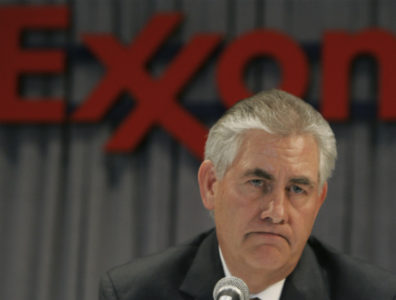 WASHINGTON, DC, January 24, 2017 – Former ExxonMobil Chief Executive Rex Tillerson late on Monday got the nod from the Senate Foreign Relations Committee for the position of US Secretary of State.

With the panel decision, which ended up 11-10, the nomination process now moves to the Senate floor where the final vote is expected to take place some time next week. Tillerson had been under scrutiny for ExxonMobil’s business activity in Russia and his personal relations with Russian President Vladimir Putin.

ExxonMobil has been active in Russia for more than 20 years, holding stakes in 10 joint ventures with Rosneft. It also operates the Sakhalin-1 project and in 2014 drilled the first Arctic exploration well.

Having known Putin for more than two decades, Tillerson in 2011 received Russia’s Order of Friendship decoration.