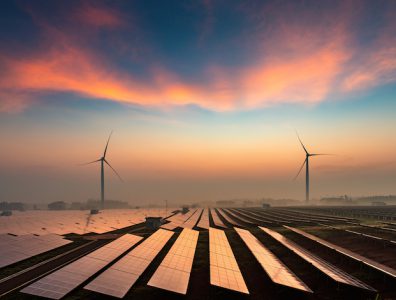 Under the deal, TAQA will retain the highest share of Masdar’s renewables segment with a 43% stake, with partners Mubadala and ADNOC holding 33% and 24% stakes respectively.

ADNOC is taking the lead role in Masdar’s green hydrogen vertical with a 45% stake, with partners Mubadala and TAQA holding 33% and 24% shares respectively.

TAQA paid USD 1.02 billion for its shares in cash. Cost of the other shares were not disclosed.

The transaction is a crucial part of the UAE’s goal to achieve net-zero carbon emissions by 2050.

The newly branded Masdar aims to produce 100 GW of renewable energy and up to 1 million tonnes of green hydrogen by 2030, with future ambitions to raise its renewable capacity to more than 200 GW. The company’s renewable capacity will come from mostly solar and wind projects.

The company is targeting the USA, MENA, Commonwealth of Independent States, Asia Pacific and Europe to build new projects.

Masdar was created in 2006. The global energy company is present in more than 40 countries and to date has invested more than USD 20 billion in worldwide energy projects.

Namibia readies to deliver green ammonia to Germany
Next

Kuwait and Saudi Arabia move to develop the Durra gasfield