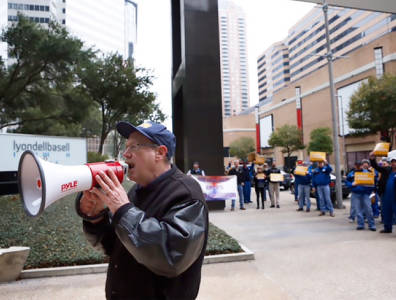 HOUSTON, February 20, 2015 – The United Steelworkers (USW), the largest industrial labour union in North America, has told members to reject a seventh contract offered by Shell on behalf of companies including Chevron and Exxon Mobil.

“The proposal fails to improve safety at refineries and chemical plants in an enforceable way,” the USW, which represents more than 30,000 US oil workers, said. The national union also said its local units had been instructed to be prepared to join the strike “if called upon.’’

More than 5,000 USW workers have walked out of a chemical plant, a cogeneration complex and nine U.S. refineries since the beginning of February in the biggest strike at US oil refineries since 1980. The facilities account for 13 percent of the country’s fuel capacity.

“We remain committed to reaching a mutually satisfactory agreement with the United Steelworkers,” Ray Fisher, a spokesman for Shell, said. The USW also said that it was at “the table ready to bargain.”

BP’s ACG oil production down, gas up
Next