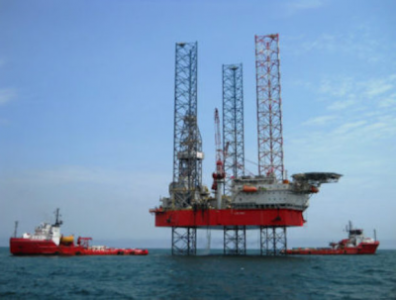 US crude ends April up 6% as Saudis defy Trump

LONDON, May 1, 2019 – Crude prices rose as much as 1% on Tuesday after Saudi Energy Minister Khalid Al-Falih told Russian state news agency RIA that Riyadh won’t rush to fill a supply shortage caused by the US ban on Iranian oil exports. President Donald Trump said on Friday he had “called” OPEC and was getting their cooperation for lower gasoline prices, suggesting more barrels were coming from the Saudi-led cartel.

Oil prices were also supported by fighting that broke out in Venezuela between forces of opposition leader Juan Guaido and the military backing President Nicholas Maduro. But impact from this was limited as the operations of Caracas’ state-run oil company PDVSA were not disrupted and top military leaders remained loyal to Maduro.

West Texas Intermediate, the benchmark for US crude, settled up 41 cents, or 0.8%, at $63.91 per barrel. It gained 6% in April and remains 41% higher on the year. But WTI is also nearly $3 off from the six-month highs of $66.60 hit last week after Trump announced an end to all sanction waivers for buyers of Iranian oil.

Bank of America Merrill Lynch (NYSE:BAC) projected Iranian output will fall to 1.9 million bpd in the second half of this year from 3.6 million bpd in the third quarter of 2018 from the impact of US sanctions. Yet the bank expected “a nearly balanced market in 2019″ from a rise in US and, eventually, OPEC production.

While Tuesday’s rebound was a relief for oil bulls after Friday’s 3% tumble and the sluggishness of the previous session, oil’s path forward looks less certain than it did in the first quarter when WTI rose 32%.

As late as a week ago, oil prices appeared destined to go up, with the ban on Iranian oil, along with separate US sanctions on Venezuela and unplanned outages in Libya and Angola all coming together to bear maximum upward pressure on the market.

Falih was in concert with Russian President Vladimir Putin on Tuesday when he stiffed Trump’s hopes of getting the kingdom to cover any Iranian shortfall in the market. Putin said on Monday Moscow and Riyadh had a deal to cut output until the next OPEC+ meeting in June. Falih went a step further, saying cuts may be extended until year-end.

A Reuters survey found that OPEC pumped 30.23 million bpd in April, down 90,000 bpd from March, making it the lowest total from the cartel since 2015.

“We will look at (global oil) inventories – are they higher or lower than the normal level and we will adjust the production level accordingly. Based on what I see now … I am eager to say that there will be some kind of agreement” to extend cuts,” the Saudi energy minister said.

Olivier Jakob, who runs the PetroMatrix oil consultancy in Zug, Switzerland, said Falih has further muddied the outlook for crude. “Saudi Arabia is not giving up its support for a stronger flat price; the ball is now back into the hands of President Trump,” he said.

One big negative for oil has been rising US crude stockpiles. The US Energy Information Administration has reported four crude builds in the past five weeks that has raised storage levels by a net of more than 21 million barrels since the week ended March 20.

The EIA is expected to announce another crude increase of around 2 million barrels for last week in data due on Wednesday. The American Petroleum Institute will provide a snapshot at 4:30 PM ET today of what the EIA will likely report.

But from a technical perspective too, oil seems to be under pressure.

“If history were to repeat itself, WTI could be on the verge of a massive slide,” said Fawad Razaqzada, technical chartist for commodities at FOREX.com

“But before we get too bearish, the US oil contract needs to break last week’s low at $62.30 for the selling to accelerate. By doing so, it will also take out its bullish trend line that is visible on the daily chart, thus further confirming the bearish reversal.”

Oil prices continue to fall on Trump’s comment
Next