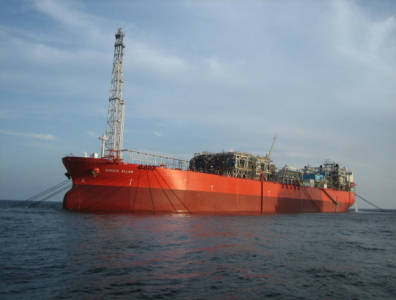 KUALA LUMPUR, January 23, 2017 – Yinson Holdings signed a letter of intent with Repsol for the provision of an FPSO for its Ca Rang Do development in Vietnam, the Malaysian vessel provider announced on Monday.

The deal with Respol subsidiary Talisman Vietnam provides Yinson with exclusive negotiations for deployment of the vessel to block 07/03 on the Eastern Sea in Vietnam. The FPSO will be connected to a tension-leg wellhead platform by a subsea flowline. Gas from the project will be exported via a subsea pipeline.

The development is run by PetroVietnam Gas with a 55% share. Estimates by partner Pan Pacific Petroleum, which holds a 5% share, see a potential of 45.4 million barrels of oil, 4.87 bcm (172 bcf) gas and 2.3 million barrels of condensate at the site. Other partners include Pearl Energy and PetreoVietnam E&P with a 25% and 15% stake, respectively.