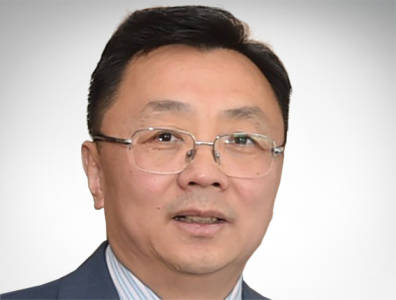 The UAE is a traditional partner in the Middle East for Chinese enterprises.

A future of growth

TOGY talks to Ni Jian, China’s ambassador to the UAE, about the two countries’ trade ties, energy co-operation and changes in the global energy mix. As the largest source of growth in energy demand, the Chinese market holds great potential for the UAE. In the recent ADCO concession round, Chinese companies received a total of 12% interest in Abu Dhabi’s offshore fields.

China’s relationship with the UAE goes back decades, and the two countries have over time established a relationship based on mutual benefit, developing the UAE’s oil and gas industry while supplying China with crude oil. As both countries seek to diversify away from oil, the economic and trade ties between them will need to adapt to changing global circumstances.

• On trade relations: In the past five years, China-UAE bilateral trade volume accounts for an increasing proportion of the total trade volume between China and Arab countries, from 18.1% in 2012 to 23.4% in 2016. Thus, the position of the UAE as China’s largest export market and second largest trading partner in the Arab region has been consolidated.

• On successful diversification: Among the traditional Middle East oil producers, the UAE is one of the first and most effective economies to carry out the diversification strategy. Now the oil industry only accounts for less than 30% of the GDP.

Besides touching on these topics, Ambassador Jian discusses the possible impact of China’s 13th Five-Year Plan for Energy Development, which seeks to lower China’s dependence on fossil fuels, and coincides with the UAE’s push to diversify its overall economy and its energy industry away from hydrocarbons. He remains positive about the outlook for both countries as they adjust to significant changes in the global economy. Most TOGY interviews are published exclusively on our business intelligence platform TOGYiN, but you can find the full interview with Ni Jian below.

How have economic and trade ties between the UAE and China developed in recent years?
As the most enduring and active factor in China and UAE relations, economic and trade co-operation is also the inexhaustible impetus driving the relations between the two countries. In December 2015, His Highness Sheikh Mohammed bin Zayed Al Nahyan, crown prince of Abu Dhabi, paid a successful official visit to China, and reached an important consensus with Chinese President Xi Jinping over strengthening bilateral co-operation within the framework of the “Belt and Road Initiative.” New achievements in economic and trade co-operation were made in the areas of developing closer trade ties, increasing China’s investment in the UAE and service co-operation.
In the past five years, China-UAE bilateral trade volume accounts for an increasing proportion of the total trade volume between China and Arab countries, from 18.1% in 2012 to 23.4% in 2016. Thus, the position of the UAE as China’s largest export market and second largest trading partner in the Arab region has been consolidated, and China-UAE trade has shown strong resilience and growth potential.
Despite the dual challenge of sluggish economic growth and shrinking global trade, the investment and co-operation between China and the UAE keeps rising. In 2016, China’s non-financial direct investment in the UAE was about USD 500 million, up by almost 400%. The investment fields range from resource exploitation to equipment manufacturing, clean energy power generation, industrial park construction, etc. In 2016, the volume of newly-signed contract projects by Chinese enterprises in the UAE doubled year-on-year. Chinese enterprises are speeding up the construction of key projects as well as those related to the Expo 2020 Dubai.
In 2016, China and the UAE conducted the second round of currency swap co-operation and are accelerating the preparation for establishing a RMB clearing center in the UAE. In the same year, thanks to the visa-free policy of the UAE for Chinese citizens, the number of Chinese tourists to the UAE exceeded 600,000. Airline companies from the two countries continued to open direct routes. By the end of 2016, there were about 100 direct flights every week.

What changes to the economic climate do you see coming in the near future?
At present, the global and regional political economic landscape is experiencing deep adjustments. In response, the UAE has set up the 2021 Vision, and is promoting an economic diversification strategy based on knowledge and driven by innovation, improving its capability of sustainable economic development, while bringing new opportunities for international co-operation.
The UAE pays much attention to innovation and development. In 2015, it issued a national innovation strategy and put forward seven prioritised fields supported by relevant policies. Now the UAE ranks first among Arab countries in the global innovation index. Whether it is creating the world’s first zero-carbon city Masdar, or discussing future transport concepts of super high-speed railway and pilotless helicopter, innovative ideas and practices are ubiquitous in the local economy and social development of the UAE.
The economic diversification strategy shows the UAE’s future of the “Post-Petroleum Era.” As Sheikh Mohammed, Crown Prince of Abu Dhabi said, “After we have loaded this last barrel of oil… We will celebrate that moment.” Among the traditional Middle East oil producers, the UAE is one of the first and most effective economies to carry out the diversification strategy. Now the oil industry only accounts for less than 30% of the GDP.
According to the Global Manufacturing and Industrialization Summit held not long ago, the UAE, while continuing to promote the development of service industries such as finance, tourism, aviation and exhibition, will try to create a centre for the fourth industrial revolution, featuring intelligent manufacturing, digital industry and green development, along with making strides in the global industrialisation process. I personally, along with China, have full confidence in the future of the UAE.
The UAE is a traditional partner in the Middle East for Chinese enterprises. More than 4,000 Chinese enterprises have been registered here, covering fields of trade, tourism, catering, finance, etc. Most enterprises choose the UAE as their headquarters in the region or as a bridgehead to expand markets into the Middle East, Africa and South Asia.
UAE enterprises highly value the potential of the Chinese market. Major enterprises such as the Abu Dhabi Investment Authority, Mubadala Development Company, Borouge and Emirates Airline have all entered the Chinese market one after another, and invest in its strong fields such as finance, plastics, ports and aviation.

What are the prospects for increased energy co-operation between the UAE and China?
At present, the global energy mix is undergoing profound changes. Oil and gas are still the dominant forces in the market, but the proportion is decreasing. The proportion of renewable energy keeps increasing steadily. According to OPEC’s 2016 World Oil Outlook, from 2014 to 2040, the annual growth of the global energy market will be 1.3%, the annual growth of oil demand will be 0.6%, and the annual growth of renewable energy demand will be 6.6%. By 2040, oil and gas will drop to making up only 53% of the global energy market.
For the UAE, an oil-rich country, and China, the second largest oil consumer in the world, the profound adjustment in the global energy mix will have great influence on energy efficiency and industrial development. At the beginning of 2017, the UAE published its Energy Strategy 2050, which proposed that the breakdown of its future power sources will be 44% renewable energy, 38% natural gas, 12% clean coal and 6% nuclear energy. The proportion of clean energy will rise from the current 25% to 50%, and energy efficiency will rise by 40%.
At the beginning of this year, China published the 13th Five-Year Plan for Energy Development. According to the plan, by 2020 China’s energy consumption will be contained to within 5 billion tpy [of standard coal]; and the annual growth of energy consumption in this period will be 2.5%, far below what the economic growth requires. The plan focuses on adjustment of the energy mix. The proportion of non-fossil energy will be raised to over 15% and the natural gas consumption will be 10%. The clean energy increment will account for over 68% of the total energy consumption increase, three times that of coal. Coal consumption will decrease from 64% to 58%.
Since the 1980s, based on crude oil trade, China and the UAE gradually established an industry chain co-operation system covering energy trade, engineering service, exploration and development as well as the petrochemicals and chemical industry. In recent years, the two sides have sped up co-operation in renewable and clean energy.
In 2016, the UAE ranked fifth among China’s crude oil trading partners in the Arab region. Chinese oil projects and equipment have played an active part in the UAE’s oilfield construction, and also in the construction of several key projects such as oil pipelines, drilling, logging, seismic survey and oil storage facilities.
Recently in particular, China National Petroleum Corporation (CNPC) and China Energy Company (CEFC) have been awarded 8% and 4% respectively of equity in the onshore oil development projects of Abu Dhabi National Oil Company (ADNOC), achieving major breakthroughs in the upstream oil exploitation field between China and the UAE. Meanwhile, Borouge, a UAE enterprise, is actively investing in petrochemicals and chemical projects in China, and has set up and is operating composite resin and carbon material projects.

What prospects are there for co-operation in the renewable energy field?
In the new energy field, Chinese enterprises, by virtue of having outstanding technology, production capacity and business skills, took active part in significant landmark projects of the UAE. In 2016, as one of the major investors, Harbin Electric International Company, won the bidding for the first clean coal power project in the Middle East – the Hassyan clean coal power project. In the solar energy field, thanks to the cost-effective performance of China’s photovoltaic solar panels, the bidding prices of many large-scale solar power projects made a number of globally low records.
In traditional energy and renewable energy co-operation, China and the UAE both have great potential and promising prospects.

For more information on Chinese companies working in the UAE, see our business intelligence platform, TOGYiN.
TOGYiN features profiles on companies and institutions active in Abu Dhabi’s oil and gas industry, and provides access to all our coverage and content, including our interviews with key players and industry leaders.
TOGY’s teams enjoy unparalleled boardroom access in 33 markets worldwide. TOGYiN members benefit from full access to that network, where they can directly connect with thousands of their peers.