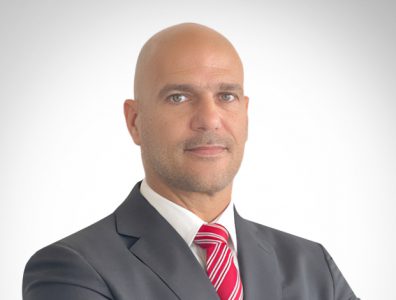 When proper regulations are in place, private investors will accelerate citizens’ connection to energy.

What projects has Ossi-Yeto completed in the Angolan power sector?
Our energy-focused company Ossi Yeto has been working on power stations, transmission and distribution. We built a power station with a generator and a small hydropower station [Gangelas, next to Lubango with 1.2 MW of capacity].
Our strength is transmission lines and distribution. We have built hundreds of kilometres of high- and medium-voltage lines for more than 11 substations. Our main power-related project was the Sumbe-Gabela-Waco Kungo project, which connected and electrified rural areas in the Kwanza Sul province. We completed it and the minister of energy and water inaugurated the substation in March 2021.

How do you assess the country’s electrification and grid-interconnection projects?
The Laúca hydropower plant [commissioned in December 2020] has brought energy to the centre of Angola. It’s a big change and will dramatically reduce the need for diesel, which costs the government a lot of money. It is also based on renewable energy, which is a key factor. Angola is continuing to build its grid, having as a main goal the building of grid-connected distribution to all of the provinces, but this will take time. Also, they want to extend the connection of prepaid meters for more consumers.
Overall, the biggest challenge in electrifying rural areas is creating intelligent regulations. When proper regulations are in place, private investors will accelerate citizens’ connection to energy.

How would you describe your key operations in Angola?
The group has been in Angola for more than 30 years. We have a strong presence here in collaboration with public entities in several sectors, including with MINEA [the Ministry of Energy and Water] for energy projects. In other areas, we provide IT services for the building of solar infrastructure, for example, and work in agriculture, developing farms and dairies. Today we focus on data centres and cybersecurity while continuing to work in the water treatment, construction, education and health sectors.
One of our milestones is our Kora project. We have completed the construction of 17,000 homes. The new cities include all the required infrastructure, such as energy supply, water treatment, sewage treatment, education facilities and health facilities.
We are also developing an almost 3,000-hectare [30-square-kilometre] corn farm. In the health sector we own LMC and are beginning a project to build a few more hospitals. Additionally, we have a large geographic-information-systems project which is focused on Luanda.

What is the group’s experience in developing power generation projects in Angola’s interior?
Connecting provinces to the grid will take a long time due to the distances involved. Yet there is a great opportunity to build mini-grids based on small hydropower stations. This could be done via PPP projects or EPC projects.
We have also connected some of the biggest farms in Angola to the grid, and since then, they have reduced the cost of their operations, which is important so that they can produce more economically. Now, we will start another project to electrify four farms, which will soon enjoy the energy that already exists in Quibala.

What is Ossi-Yeto’s strategy in Angola?
Connecting rural areas will accelerate the development of the country. We are looking for opportunities in the solar market, mini-hydroelectric projects and hybrid solutions that combine both. Ossi Yeto is partnered with Nofar Energy, one of the biggest solar companies in Israel to develop IPP projects in the Solar market in Angola
For the coming years, I see us continuing to play a role as a significant partner of MINEA and as an investor who will operate IPP projects and mini-grids in Angola. We have been in the market for 30 years and plan to stay for at least another 30. We remained here during the pandemic to support MINEA and our clients with all their needs. Most of our expats stayed in the country, and we completed several projects during the lockdown. This shows our commitment to the ministry and to Angola and our focus on targeting the nation goals on development and sustainability.